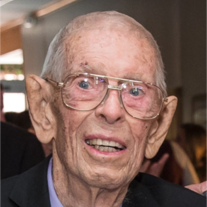 Eugene (Gene) Zang, of Portage Michigan, passed away peacefully due to multiple complications at Rose Arbor Hospice on February 3, 2020 at the age of 89. He will be dearly missed by his wife, family, and many friends. Gene was the son of John Otto Zang and Alma Ida Doletzke. He grew up in Detroit, Michigan with his five brothers: Wilbert, John, Robert, Donald, Elden; and one sister, Harriet. He graduated from Cooley High School and went on to earn a Bachelor’s and Master’s Degree in teaching from Wayne State University. He enjoyed playing basketball, baseball, and other sports during his high school and college career. Gene served as an instructor in the Army during the Korean War and went on to teach physical education in the Detroit Public Schools and Plymouth-Canton Public Schools. He finished his career as Department Head of the Student Guidance Office at Pioneer Middle School and East Middle School in Plymouth-Canton, Michigan. Gene married Janet Adams in 1955 and raised a wonderful family in Livonia, Michigan. Janet and Gene celebrated their 65th wedding anniversary with ice cream cake (the other important food group) this past January. During his life, Gene did a fantastic job of fulfilling his marriage promise to Janet to: raise a family, live in a house on a lake, and travel the world. Gene and Janet raised four children; Dan (Barbara Siers) Zang, Scott (Janice Wilkerson) Zang, Gretchen (Dale) Mutch, and Diane (Jamil) Mansour; have 11 grandchildren, and 5 great grandchildren. His children, grandchildren, and great grandchildren were the light of his life and remember his kindness and humor. They all know he is so proud of them. After retiring in 1984, Gene and Janet moved to their cabin at Canada Creek Ranch in Atlanta, MI, where he and his family spent many summers and vacations throughout the years. Gene loved the outdoor recreation there and was enthusiastic about getting others to enjoy it as well. He especially loved swimming, taking his family camping, hiking, skiing and sailing. Gene was also quite creative and made many beautiful wood furnishings, stained glass windows, paintings and craft projects. He was always up for a do-it-yourself home improvement project of any kind and lived by his retirement/vacation motto of “Work Until Noon and Then Play”. In 1997, Gene and Janet decided to move to Portage, MI for their “2nd retirement” to be closer to health care and their family. They joined Vicksburg United Methodist Church and made many new friends and memories there. Last year they moved to Wyndham West Assisted Living in Kalamazoo. Both Gene and Janet enjoyed the many activities, new friends and loving care they received there. In lieu of flowers, the family requests that you consider donating to the “Aim Higher” program, at Vicksburg High School. This is a service club that develops young leaders committed to serving their community. Part of their service includes visiting local assisted care facilities where both students and residents learn from each other. It was a bright spot in Gene’s last year at Wyndham West. Checks can be made out to: Vicksburg High School, memo - “Aim Higher” and mailed to Vicksburg High School - Aim Higher, Gene Zang Memorial Donation, 501 East Highway Street, Vicksburg, MI 49097. A celebration of Gene’s life will be held in the Taylor Room at Vicksburg United Methodist Church on Saturday February 8th, 2020 from 2:00 p.m. to 4:00 p.m. All friends and family are welcome to attend. Vicksburg United Methodist Church is located at: 217 S. Main Street, Vicksburg, MI 49097. A second celebration will be held at Berean Baptist Church in Livonia, MI on Monday, February 10th, 2020 at 11:00 a.m. All friends and family are welcome to attend. Berean Baptist Church is located at 38303 Eight Mile Road, Livonia, MI 48152
To order memorial trees or send flowers to the family in memory of Eugene E. Zang, please visit our flower store.
Send a Sympathy Card