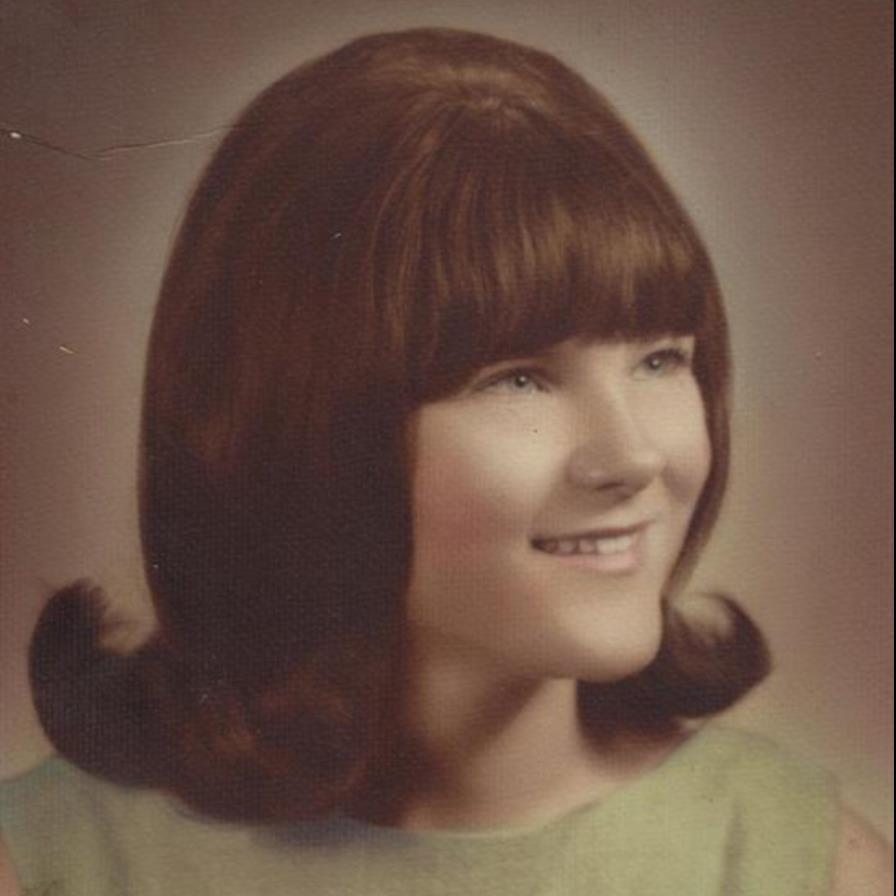 On February 27, 2020, Markie was released from her cancer-ravaged body while surrounded by her family and friends. Born on December 7, 1951 to Richard Dale Meinert and Carol (Allerton) Turner, she was a fighter from the day that she came into the world until the day that she left it. A creative spirit, she passionately expressed herself through music, writing and art. Steppenwolf and Sandy Nelson songs blasted at home while she beat her [blankety-blank] drum. Her explosive essays were published in the PCHS Mustang newspaper and her surrealist artwork hung in the high school halls. Furry vests, jeans and love beads were the dominant attire in the late 1960’s. Markie loved counter-culture fashion, especially the “counter” part. During her 1971 wedding to Bill Whisman, she opted for burgundy velvet hot-pants with an ivory lace vest vs. a traditional gown. Their brief union produced Markie’s greatest creation, daughter Jennifer Ann. Beautiful and industrious, Markie worked at several endeavors including modeling at Faces, Inc. and co-owning a print shop in Rockford, MI. Later, she worked for Tom & Ruth Small and developed a close friendship. She was generous to a fault, giving away her last dime to help family and friends. Left to carry Markie’s passion and hard-working spirit in their hearts are: daughter Jennifer Whisman; Siblings Micki (Ron) Pitkin, Merilee Lovelace, Michael (Pamela) Turner, Richard T. (Gloria) Meinert, Robyn (Scott) Levene, Wendy (Orrin) Sharp, and Pamela (Dennis) Carr; Step-sister Kayla (Richard) Stevenson and Step-brother Jim (Sharon) Stevenson; Aunt Susan (Will) Lutterman; Aunt Lela Mae (Don) Bartholomew. Many nieces, nephews and cousins will also mourn her passing. The family thanks special friends Tom and Ruth Small for their many kindnesses through the years. Markie was predeceased by her father Richard, mother Carol, step-mother Winifred Meinert, step-father Don Turner and step-brother Frederick A. Walker. Following Markie’s wishes, her eyes have been donated to Gift of Life and cremation has taken place. Arrangements are being made through Avink Funeral Home Cremation Society. Burial and informal memorial service will be held May 2, 2020 at 1:00pm at Mendon Township Cemetery.
To order memorial trees or send flowers to the family in memory of Marquelia Meinert, please visit our flower store.
Send a Sympathy Card