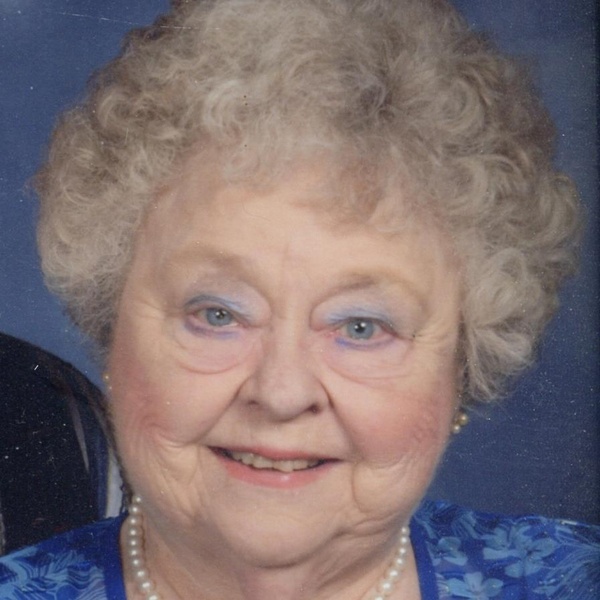 With a life that spanned times of war and times of peace, times of plenty and times of want, Myrna Forsythe was a blessing in the lives of so many around her. She was a longtime resident of the community she loved, and she was known to many for her kind and generous spirit. A more devoted wife and mother would be hard to find, and she was filed with great joy to welcome grandchildren and great-grandchildren into the family later on. Life will never be the same without Myrna here, but she leaves behind a timeless collection of memories that her friends and loved ones will forever hold near and dear to their hearts. The 1930s were a time unlike any other in our nation’s history as the entire decade was cloaked in the hardship of the Great Depression. Jobs were hard to find and the unemployment rate soared, and things only became more dire when a drought covered our nation’s heartland for nearly two years during this time. Despite these trying days, there was much joy when Dale and Marian (Hahn) Wynn welcomed into their family, Myrna, as the oldest of three on December 3, 1936. Joined in her family by her brother, Kelly, and her sister, Joyce, Myrna was a typical young girl of her generation. She attended local schools and graduated from Reynolds High School in 1954. It was during her freshman year in high school when Myrna’s life was forever changed as she met the young man of her dreams. His name was Delano “Del” Forsythe, and they met when he came to school as the new guy in school when he joined their class of maybe 40 or 50. Their first date was one for the history books as they got home at 1 in the morning, which was just a bit later than she was supposed to. They had gone to a military academy in the area that put on plays along with another couple. They were smitten with one another, and that date later led to more dates. It didn’t take them long to fall in love, and the rest is history as they say. With a desire to spend the rest of their lives together Myrna and Del were married on July 16, 1955. Together they welcomed three children including Allan Dean, Dennis Lee, and Douglas Eugene in addition to another baby boy who had passed away. One of the things Myrna’s family most appreciated about her was her amazing skills in the kitchen. It has been said that there was never a bad meal to come out of her kitchen. It was in 1966 that the Forsythe family came to the Vicksburg area. They moved to Kalamazoo as part of a transfer and settled right in. Soon after, they joined the Vicksburg United Methodist Church in 1967. Myrna was someone who enjoyed keeping busy. She worked hard in everything she did, and she was always into making sure she got the details right. She had many hobbies including crochet, cross-stitch, and playing cards with her family, and Myrna always made sure she kept in touch with family by sending cards and letters. As her family and friends can attest, she was always very generous with her time and money as she was forever thinking about others ahead of herself. During their retirement years, they spend many years wintering in South Texas. Myrna and Del loved to travel the country together. It is estimated that they have been to every state in the country, and some most likely multiple times. Myrna was also a fan of country music. With unending love for those around her, Myrna Forsythe was truly beautiful on the inside and out. No one ever left her home hungry, and she was quick to help others in ways both great and small. Myrna took her roles as a wife and mother to heart, but she just might have argued that nothing was better than being a grandmother and great-grandmother. Deeply loved, she will be forever missed. Myrna Forsythe, of Vicksburg passed away on Saturday, January 2, 2021, at the age of 84. She is survived by her two sons: Dennis Lee (Kathleen) Forsythe, of Vicksburg; Douglas Eugene Forsythe, of Vicksburg; four grandchildren: Nicole Lee Rayburn, of TN; Amanda Marian (Matthew) Nixon, of MI; Elizabeth Anne (George) Palat, of Az; Andrew Dennis Forsythe, of MI; five great grandchildren: Tyler James Deau, Morgan Lee Rayburn, Allyson Nicole Rayburn, Caleb Nixon, Chloe Nixon and one on the way. She is also survived by one brother-in-law: Charles (Kay) Dooley, of IA; two sister-in-law’s: Paulita Forsythe and Sharon Wynn; one daughter-in-law: Gloria Forsythe, of Kalamazoo; and several nieces, nephews, cousins and special friend Barbara Swarthout. Myrna is preceded in death by her husband Delano; two sons: Allan Dean Forsythe and a baby boy; parents: Dale and Marian (Hahn) Wynn; one brother: Kelly Wynn and one sister: Joyce Wynn Travis; three brothers-in-laws: Dennis Dooley, Earl Dooley, and Gary Travis. The family will receive friends on Thurs from 4 - 7 p.m. at the McCowen & Secord Funeral Home, Rupert-Durham Chapel, 409 S. Main, Vicksburg. In accordance to the current State of Michigan guidelines 25 people will be allowed into the building at a time. The funeral service will be private on a different day, with cremation to follow. Please visit Myrna’s webpage at www.mccowensecord.com where you can read her life story, sign the guestbook, and share a memory with the family. Those who wish may make contributions to the Hospice Care of Southwest Michigan c/o Rose Arbor. The family is being assisted by the McCowen & Secord Funeral Home, Rupert-Durham Chapel, 409 S. Main, Vicksburg, MI 49097 (269-649-1697).
To order memorial trees or send flowers to the family in memory of Myrna Lee Forsythe, please visit our flower store.