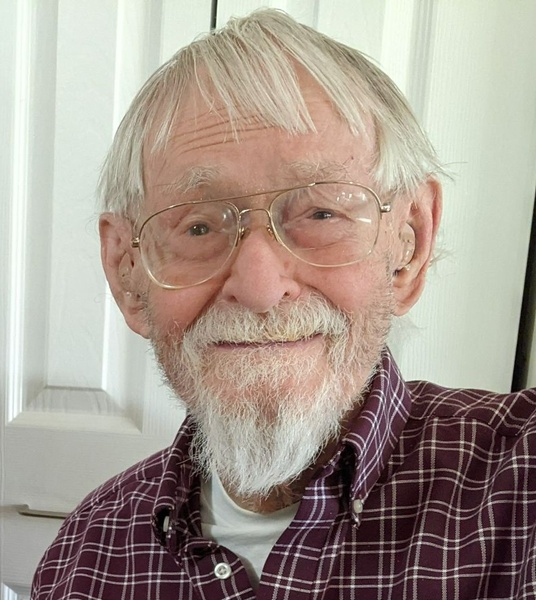 Alven "Bill" Neff of Portage, MI passed away on Tuesday, January 18, 2022, at the age of 98. Alven "Bill" W. Neff was born on September 13, 1923, to Leonard and Margaret Neff at Home Hospital in Lafayette, Indiana. At a young age his family moved to Concordia, Kansas, and later to Washington, Kansas, where he grew up. He became an Eagle Scout. Bill served in the army for three years during World War II under General Patton. On June 12, 1948, he married Helen Louise Hammond—the beginning of a 73-year marriage. They had four children. He received a Master’s Degree from Kansas State University, and a Ph.D. in biochemistry from Purdue. Early in his marriage he was a Boy Scout leader. Bill and Helen were charter members of Westminster Presbyterian Church where he served as both an elder and a deacon. As a woodworker, he applied his skills many times to the needs of the church. Bill was an employee of UpJohn’s for 32 years, working in the Agricultural Division. He and Helen hosted as “parents” for four exchange students, 2 from Sweden, 1 from France, and 1 from Japan. Among his community activities, he taught 4-H woodworking, and volunteered for Loaves and Fishes and Habitat for Humanity. He was also part of Southwest Michigan Woodturners. Bill is survived by his wife Helen; his children Janis (and Phil Castrogiovanni) from Penfield, NY, Lisa (and Jack Lynch) from Ypsilanti, MI, Dan (and Beth Campbell) Neff from Moline, IL, Doug (and Kris VanLent) Neff from Mt. Juliet, TN; his sister Ruth Smethers; and his brother John (and Lorraine) Neff, and nine grandchildren; John Lynch, Eric Lynch, Laura Lynch, Robert Lynch, Patrick Lynch, David Neff, Katherine (Neff) Gibson, Tracy (VanLent) Contreras, and Eric VanLent as well as fifteen great grandchildren.

While at www.amsfuneralhomes.com please take time to sign Bill's guestbook and/or share a memory with his family.

To order memorial trees or send flowers to the family in memory of Alven "Bill" Neff, please visit our flower store.

Masks will be required.