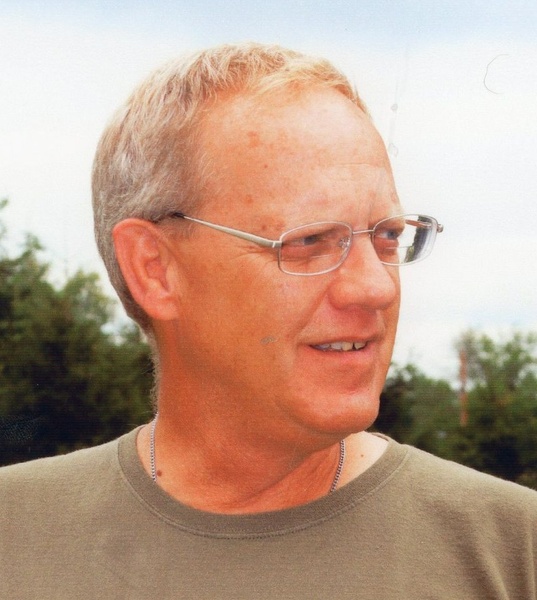 Andrew Mark Holt went to be with his Lord and Savior on Friday, December 24, 2021. Andy was the youngest of six children born to Milan (Bob) and Doris Holt. He was born on September 7, 1961. Andy graduated from Comstock High School and later enlisted in the United States Marines, serving his country in Okinawa, Japan. Over the years, Andy was employed by Curtis Trailer, Cloverleaf RVs, Inc. and Portage Plumbing. He also worked as a truck driver. However, the centerpiece of his life’s work was founding and managing the Livingstone Counseling and Consulting Center. For twenty years, Andy ministered to men and women making the difficult transition from jail or prison back into society. This was a mission near and dear to Andy’s heart. Those who knew him best recognized that he dearly loved his Lord and did all he could to lead others to salvation. Andy is also remembered for his sense of humor and his unmistakable laughter, a sure sign of how much he loved life. Andy married JoAnn (Whitby) Bailey on June 20, 1992, and they were blessed to spend nearly 30 years together. Andy loved to golf, hunt and camp, and in recent years Andy and JoAnn took many trips in their newly acquired travel trailer. In addition to JoAnn and her two children from a previous marriage, Michelle (Steve) Lebrecht and Michael Bailey, Andy is survived by his mother, Doris Holt; three brothers, Mike (Marsha) Holt, Dan (Beth) Holt, Scott Holt; and a sister, Bobbi (Bill) Truesdell. Also surviving Andy is his beloved dog, Ike. Preceding Andy in death was his father, Bob Holt and a brother, Steven Holt. A memorial service to celebrate the life of Andy Holt will be held at the Kalamazoo Covenant Church, 5708 East Main, Kalamazoo, MI, on Saturday, January 8 at 1 p.m. (Face masks are encouraged.) The service will be preceded by a one-hour visitation beginning at 12:00 noon. A light lunch and reception will immediately follow the service. Memorial contributions in lieu of flowers may be directed to Hospice Care of Southwest Michigan, 7100 Stadium Drive, Kalamazoo, MI 49009.

While visiting Andrew's tribute page, please take a moment to light a candle or share a memory with his family. The Holt family is being assisted by Avink, McCowen & Secord Funeral Homes, Schoolcraft Chapel, 129 S. Grand St., Schoolcraft, MI 49087. (269)679-5622.

To order memorial trees or send flowers to the family in memory of Andrew Holt, please visit our flower store.