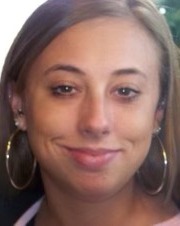 Ashley Marie Jones passed away tragically on December 30, 2022 in San Antonio, TX at the age of 36. She was born March 24, 1986 in Kalamazoo, MI to Kimberly (Sexton) Cook and Larry Jones, who survive. Ashley was a 2004 graduate of Mattawan High School and a 2013 Graduate of KVCC. Her childhood nickname was Smash, although we can't remember where the name came from, perhaps it was after she was the first one to hit a tree with a Dingo go-kart after grandpa Sexton gave one to her, her brother, Zack, and her cousin, Nick! She had artistic flair and as a child was always coloring and writing. If she was in a store with you, you weren't leaving until she checked out the pens/pencils/markers section. She loved all things Harry Potter, roller coasters, would never pass up a good steak – the rarer the better – and never met a rap, R & B, or Alternative song she didn't like, especially from the late 90's/early 2000's. As a child, she spent a lot of time at the family summer place at Lake of the Woods riding bikes, swimming, and boating with her family and, later, her children. Many fond memories were made there, and we will cherish them always. In her early years, she spent many hours with her great grandma Sexton, baking, making jam, and swimming in the pool. She had a special bond with her brother, Zack, so much so that she cut the umbilical cord of his daughter, Adalyn, because he was too squeamish to do it! Ashley was fiercely independent and loyal. If she needed help, she would only ask after exhausting all other options. If she borrowed something from you, there was no doubt you were getting it back. Ashley is survived by 3 amazing, beautiful children, Ariana Mitchell, Zakaydrianna Jones and Nazier Jones. Although they will miss her terribly following this unimaginable loss, she will live on through them always. They were her everything. She also leaves behind her beloved dogs, Envy and Onyx. In addition to her children and her parents, Ashley is survived by her brother, Zachary (Ashley) Cook, grandmother Karen Sexton, with whom she was very close, aunts Rebecca (Scott) Layman, and Michelle Sexton, uncle Rick (Michelle) Sexton, nieces Adalyn Cook, Avery Cook and Adalyn Ross, cousins Nicholas (Amanda) Layman, Lindsey Layman, Taylor Sexton and Alex Sexton, the father of her oldest child, Phil (Whitney) Mitchell, and several great-aunts, great-uncles and 2nd cousins. She was preceded in death by her great grandmother and grandfather Sexton, great grandmother and grandfather Monroe and her grandfather Dick Sexton. Rest easy, sweet girl. Your children are back in Michigan surrounded by family. They were already on the path to greatness because of you. We will do everything in our power to continue leading them down that path. We will keep your memory alive each and every day.

There will be a private service and a celebration of life at a later date.

While at www.amsfuneralhomes.com please take time to sign Ashley's guestbook and/or share a memory with the family. Memorials to a domestic violence or animal rescue organization of your choice.

To order memorial trees or send flowers to the family in memory of Ashley Marie Jones, please visit our flower store.