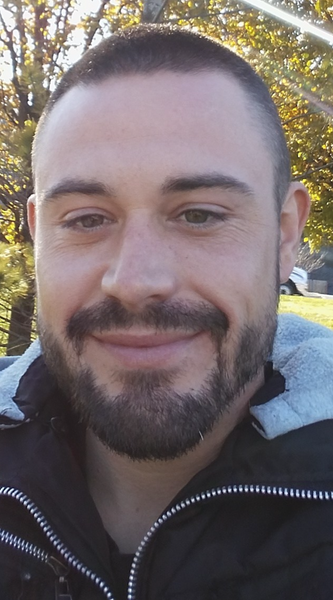 Austin Lee Lincomfelt of Schoolcraft, MI passed away on Tuesday, August 2, 2022, at the age of 31. He was born in Kalamazoo, MI on March 3, 1991, the son of Troy Lincomfelt and Kimberly (Smith) Fink.

Austin graduated from Schoolcraft High School in 2009, following graduation he went on to successfully obtain his CDL license and drove a large semi for approximately one year. However, Austin was a people person and he realized his joy was being around all of his family and friends and not on the road. Austin enjoyed working for Schupan & Sons as Maint. Support, he considered them as part of his extended family.

Austin was five years older than his little sister Sydney, but he loved her with all of his heart! Especially playing with her and, well of course teasing her endlessly. He was so proud to be able to see her graduate from college; the tears of pride and joy in his eyes will be something his loved ones will forever carry in their hearts.

Being outdoors and in nature was Austin's peace, enjoyment and fed his soul. He especially loved mushroom season!  He relished in finding Morrell and Hen of the Woods mushrooms the most and cooked them to perfection!

Austin was an amazing artist! Austin began drawing at an early age and his talent was incredible. He enjoyed every sport and was gifted in all of them, including golf, tennis, basketball, and ping-pong; the list is endless! He enjoyed bike riding, and fishing, too.  Austin was an outstanding Little League Player, even making the All Star Team several years. Austin played baseball on his high school baseball team. Eventually he re-ignited his love of baseball, founding the first Alano Club softball league this year. He also created amazing, original rap music, he was very talented in so many things. His creativity was endless, boundless and incredible!

He adored animals and would bring home many strays that crossed his path, he would search endlessly for their family and was successful 99% of the time. If the owner wasn't found, well, they happily ended up at his house. His new rescue cat Sonny was very, very special to him and gave him great comfort, love and companionship. Sonny is now continuing his best life with his mom and his step-father Jay.

Austin loved spending time with his large family and many, many friends. Austin was a very loyal person. His heart was full of love for others and he had such a sensitive soul. Austin was selfless, giving and loved by everyone he met.

Austin's pride and joy was the time he spent with his son Atlas. The love and bond that they shared was uniquely special. He loved playing with Atlas, especially riding the lawnmower around the yard with Atlas sitting on his lap, or joining Atlas in the kiddie pool where he would play with Atlas for hours. He enjoyed holding Atlas' hand and taking him on nature walks on game trails in Schoolcraft. The sun rose and set in Austin's eyes every moment that he shared with his son.

Austin's family would like to sincerely thank Austin's Alano Club family who surrounded him with support, unconditional love and no judgment, with special gratitude going out to both Justin and Paul, both of whom Austin loved, respected, looked up to and adored.

He is preceded in his passing by his grandparents: Bob and Linda Smith.

Left to cherish Austin’s loving memory is the light of his life his son: Atlas Lincomfelt; parents: Kimberly (Jay) Fink and Troy (Kim) Lincomfelt; sisters: Sydney Fink, Lisa Bennett, and Sara Hanenburg; grandparents: Dan and Sharon Fry; aunts: Valerie and Michelle; as well as many nieces, nephews, cousins, and many other family members.

In accordance with Austin’s wishes cremation has taken place and a celebration of his life will be held at Avink, McCowen & Secord Funeral Homes, 5975 Lovers Lane, Portage, MI 49002 on Thursday, August 11, 2022, with a time for visiting beginning at 3:00 p.m. until the time of service at 5:00 p.m.

Austin will be fondly remembered for his love of people, he never judged others and once you met him, you were his friend. His smile and sense of humor was contagious and he gave the best hugs! Memorials made in Austin’s memory may be directed to the Western Michigan University Kalamazoo Autism Center, 4200 S. Westnedge Avenue, Kalamazoo, MI 49008. Envelopes are available at the funeral home.

While at www.amsfuneralhomes.com please take time to sign Austin’s guestbook and/or share a memory with his family.

To order memorial trees or send flowers to the family in memory of Austin Lee Lincomfelt, please visit our flower store.