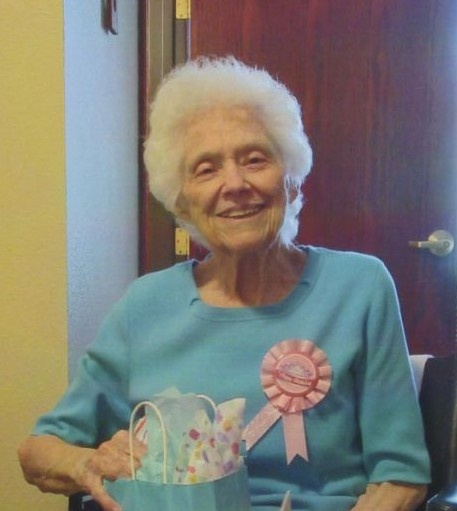 Betty M. DeVries passed into the presence of her beloved Lord and Savior August 5, 2022, after depending on His faithfulness throughout her life.

Betty’s bright blues eyes and ready smile, along with her poise, made people feel at ease to talk about themselves.  She was an engaged listener and quick to express empathy or encouragement.  She kept her own sorrows to herself and maintained a gracious manner with others throughout her long life.

Born to George A. Malley and Bertha (Hughes) Malley on July 22,1933, Betty remained an only child for seven years before the little sister she longed for, Sheron, was born, followed three years later by her brother George.  To her young siblings, Betty seemed more of an adult, but she treasured her time with Sherry especially, and was quite amazed at her little sister’s exploits.  The Malley family resided in Grand Rapids, MI, and Betty graduated from Calvin College.

While at Calvin, Betty drew the attention of a handsome young man, Stanley DeVries, whom she later married and with whom she shared a lasting tenderness and respect.  Betty taught in public schools while Stan went on to Dental School at U of M and then on to the School of Orthodontics as well.  In Ann Arbor, both their sons, Jeffrey and Greg, were born.

The DeVries family moved to Florida, and Stan set up his orthodontics practice.  They were a very close-knit family and prospered.  However, Stan developed physical issues limiting his stamina, and he passed away from a heart attack.

Less than a year later, Greg died, and Jeff was not available. Betty was all alone and encumbered with a home and an office building, neither of which could she maintain.  That is when Betty’s reliance on God became the bedrock of her life, and His providence was astonishing.

Betty left Florida for Michigan and launched into life on her own.  Esther became her new-found sister and mentor in many practical matters, and her sister Sherry was still her confidante on the phone.  Betty thoroughly enjoyed making friends at Crossroads Village and rarely missed a worship service or Bible study session.  Eventually, however, Betty required more assistance and moved to Bickford of Portage, where she resided for the last seventeen months.

Throughout all the ups and downs of her life, God gave Betty a special grace that made her memorable.

Betty is survived by her sister Sheron Puls and brother George (Esther) Malley.

While at www.amsfuneralhomes.com please take time to sign Betty's guestbook and/or share a memory with the family.

To order memorial trees or send flowers to the family in memory of Betty Marie DeVries, please visit our flower store.