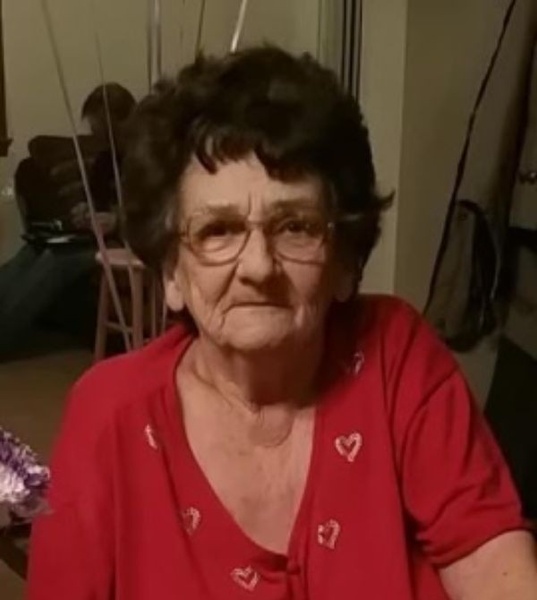 Beverly Joan (Chapman) Stafford a devoted loving mother, grandmother, and great grandmother passed away peacefully at her home surrounded by her family on March 29th, 2022, at the age of 85. She was born on February 12th, 1937 in Kalamazoo MI, the third child of four children born to Odell Laurence Chapman and Beulah Mildred (Cover) Chapman.

Beverly had many wonderful childhood memories and she often shared them with her own family. Beverly valued family because her family valued her.

On August 10, 1956, Beverly Joan Chapman married George Louis Stafford at the age of eighteen. Together they had 8 children: Georgia Lee, Laurence Haywood, Sue Ann, Dale Robert, Katherine Jean, George Louis Jr., William Joseph and  Melissa Mildred. They named all of their children after family members, except Sue Ann who was named by Georgia after her baby doll. A full house for sure!

After being married 16 years Beverly and George separated. Beverly continued to raise their children on her own. She was a very strong, independent, self-sufficient woman, never remarrying.

Beverly worked many years for the Postal Service in both Kalamazoo and Battle Creek MI until she retired in 2001. Prior to retirement, she held many other jobs to support her family all the while still being an amazing mother.

Memorials made in Beverly’s memory may be directed to the Chapman Memorial Church of the Nazarene.

In accordance with Beverly’s wishes cremation has taken place and a memorial service will be held at Chapman Memorial Church of the Nazarene, 7520 East U Avenue, Vicksburg, MI 49097, on Friday, April 8, 2022 starting at 11:00 a.m. with Pastor Dave Downs officiating.

While at www.amsfuneralhomes.com please take time to sign Beverly’s guestbook and/or share a memory with her family.

To order memorial trees or send flowers to the family in memory of Beverly Joan Stafford, please visit our flower store.