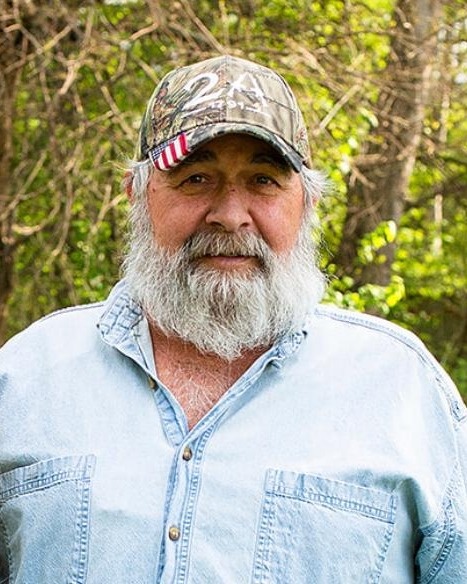 Charles graduated from Vicksburg High School in 1974 and remained a lifelong resident of Vicksburg.  He met Shirley Jenks in high school, and they were married on March 11, 1974.  Charles and Shirley just celebrated 48 years of marriage in March.  He worked in the gas department for Consumers Energy for many years.  Charles had many hobbies; farming, hunting and football.  His favorite by far was farming.  Growing up Charles always wanted to be a farmer and chose farming as his main hobby.  He was passionate about football and the Detroit Lions; his family would join him every Sunday to watch the game.

One of the greatest joys in his life was spending time with his grandchildren.  They talked on the phone for hours, spent entire summers together, and loved to ride with him on the tractor.  Charles never missed one of his grandsons, Logan and Charlie's, football and baseball games. He also loved watching them play and ride their four wheelers around the farm. One of his proudest moments was watching his grandson, Timmy, play football at Kalamazoo College.

Charles is preceded in his passing by his parents.

In accordance with Charles’ wishes cremation has taken place.  A celebration of life will be held at a later date for friends and family.

While at www.amsfuneralhomes.com please take time to sign Charles' guestbook and/or share a memory with his family.

The Axtell family is being cared for by the Avink, McCowen & Secord Funeral Homes and Cremation Society, 129 S. Grand Street, Schoolcraft, MI 49087.

To order memorial trees or send flowers to the family in memory of Charles Axtell, please visit our flower store.