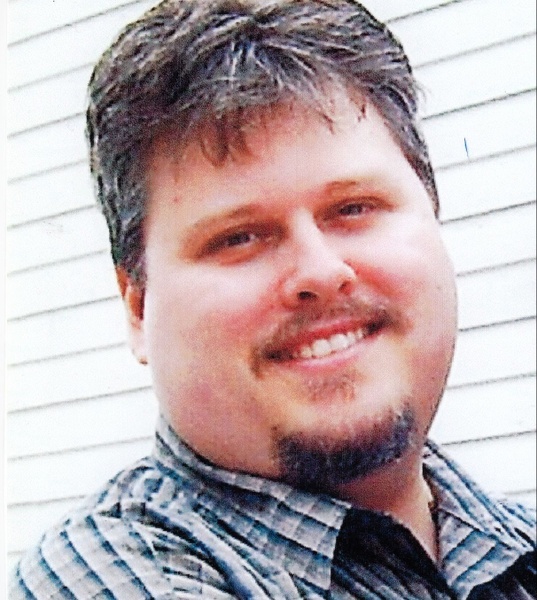 Christopher grew up in southwest Michigan.  He graduated from Allegan High School, attended ITT Tech, earned a certificate from P.C. Pro Schools, and graduated from Kalamazoo Valley Community College with an Associate degree in Applied Science in 2008.  He was employed by S. P. Industries, Sigma Technologies, and Imperial Design.

Christopher and Shelly Tuffelmire were married on May 3, 2008.  He was a quiet, gentle, creative soul.  He enjoyed drawing, quilting, and cooking; and he was learning to play the guitar.

Chris and Shelly were soul mates.  Together they enjoyed lighthouses, Lake Michigan, sunsets, and rainbows (a reminder of God’s promise).  They also enjoyed decorating their Christmas tree and sending their friends and family Christmas cards every year.

Christopher was baptized on May 28, 2016, by Pastor Tom Hubbard.  He became a member of the Gobles Seventh Day Adventist Church where he and Shelly served as greeters.

A memorial service will be held on Sunday, May 1, 2022, at 2:00 p.m. at the Gobles Seventh Day Adventist Church, 32146 6th Avenue, Gobles, MI. Family and friends are invited.  Light refreshments will be served following the service.  Christopher’s family is being helped by Avink, McCowen & Secord Funeral Home, Plainwell, MI.  Cremation has taken place, and burial will be in the Lindsley Cemetery.

To order memorial trees or send flowers to the family in memory of Christopher Johnson, please visit our flower store.