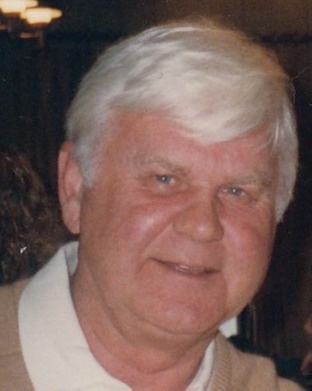 Clarence P. Charkowski, Jr, known as “Larry” of Plainwell, MI peacefully went home to the Lord on Wednesday, September 28, 2022 at age 82. He is the son of the late Clarence P. Charkowski, Sr “Bojack” and Lucille (Niedzwieski) born January 21, 1940 in Kalamazoo, MI. It was a nun educator at St. Mary’s elementary school who renamed him Larry in which all would identify him from that point on.  Preceding him in death was his beautiful wife Sunny Gayle (Wilkins) in 2008 and step mother Violet Charkowski in 2021. He is survived by his children, Kevin (Tammy) of St. Joe, MI, Susan of Plainwell, MI and Robin VanHall of Charlottesville, VA along with his grandchildren, Lauren and Abby VanHall, sister Nancy Bremer, step sisters Deborah Kay and Roxanne Blackwell, all who he deeply adored. Larry’s life centered around his family and Catholic faith leading a selfless way to serve his family, friends and anyone he interacted with. He was the exemplar of what it meant to love unconditionally.

He graduated in 1957 from Orchard Lake Saint Mary’s High School, a catholic school in Detroit, MI where he was immensely involved in sports including captain of the golf team, quarterback in football. He led the team to a 19-game winning streak, the longest in the school’s history. He also ran hurdles in track and played defense on the basketball team. He went on to become the golf pro at Milham Golf Course in Kalamazoo, and later at Lake Doster Golf Course in Plainwell. Larry then worked in sales for Interstate Chemical until he was 78 years of age.  Additionally, he relished the countless hours in fields, on lakes hunting and fishing with his son and father.

Larry was truly an amazing man who has been described many times as the person who can light up a room. His OLSM senior yearbook picture caption tells of Larry’s genuine character throughout his 82 years:

“Behold ‘Hots’, the man who gave freely but prudently and wisely of his myriad of talents. His undimmed cheerfulness, infectious charm, and nobility of soul made him a much sought-after member of the class.  The often-repeated statement ‘He’s quite a guy’ sums up Larry perfectly”.

To order memorial trees or send flowers to the family in memory of Clarence "Larry" Charkowski, please visit our flower store.