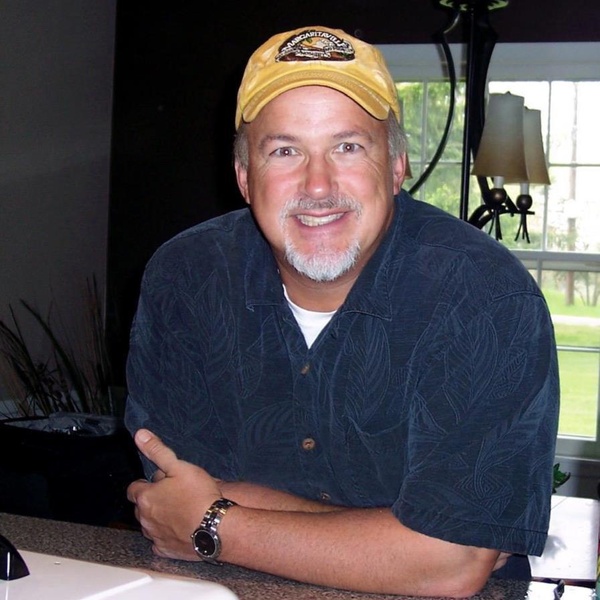 Daniel Dorgan of Plainwell, MI passed away unexpectedly on July 28, 2021 at the age of 61. Dan is survived by his mother Doris; his siblings: Rosemary (James), Joel (Kimberly), Craig (Margaret), Keith (Holly); his nieces and nephews: Elizabeth, Matt, Adam, Phil, Riley, Olivia, Quinn, Colin, Megan Ann, Megan Brianne, Erin, Abbey, Patrick and several great nieces and nephews. Dan was preceded in death by: his father, Joseph and his brother Kelly. Dan was born on September 29, 1959 in Monroe, Michigan. He graduated from Plainwell High School in 1977. He received his bachelor’s degree in Business from MSU in 1981. His first job was as a paperboy with his brother Joel delivering the Chicago Tribune in Park Ridge, Illinois. In High School, he worked for his parents at Dorgan’s Ace Hardware in Plainwell. Later he owned The Space Place Video Arcade, in Plainwell, Michigan. From there he worked at Morrison’s Cafeteria in Atlanta, Georgia and for Hoover Aluminum in Charlotte Michigan. His work came full circle as he worked for 33 years for Ace Hardware Corporation. In 1985 he was the district manager covering the State of Michigan then in 1997 he relocated to California. He was promoted to Regional Manager in 2004. In 2008, he moved back to Michigan and became regional manager out of Chicago and then regional manager in Michigan in 2011. He retired in 2018. Shortly after retiring, Dan walked the Camino de Santiago (over 500 miles) starting in France and walking across Northern Spain. His brother Joel and nephew Riley walked with him. Dan loved to golf and was always buying gadgets to perfect his swing. He also enjoyed fishing and boating. There was the annual fishing trip with his brothers and friends to Canada. Covid didn’t stop the trip this past year, just diverted it to the U.P. instead. Dan attended his first Sturgis Motorcycle Rally in 2019 and was planning on going again this August. He would ride with his brother-in-law Jim and nephew, Adam. He enjoyed trading stocks and being the family “pit master”. He loved music and taught himself to play guitar. He also loved to travel. He spent last winter in Arizona with his mother. He treated his nieces and nephews like his own children. Dan took excellent care of his mother serving as “lawn boy”, handling finances, and being the general handy man. Dan was a “doer” He was generous to a fault and will be remembered for his distinct laugh. He was thoughtful and a practical joker. Touching countless lives, he will be dearly missed. A visitation will be held on Monday, August 2 from 4:00 p.m. to 7:00 p.m. at the McCowen & Secord Funeral Home Marshal Gren Chapel; 120 S. Woodhams St. in Plainwell. A funeral service will be held on Tuesday, August 3 at 11:00 at St. Margaret’s Catholic Church; 766 S. Farmer St. in Otsego.
To order memorial trees or send flowers to the family in memory of Daniel "Dan" Dorgan, please visit our flower store.