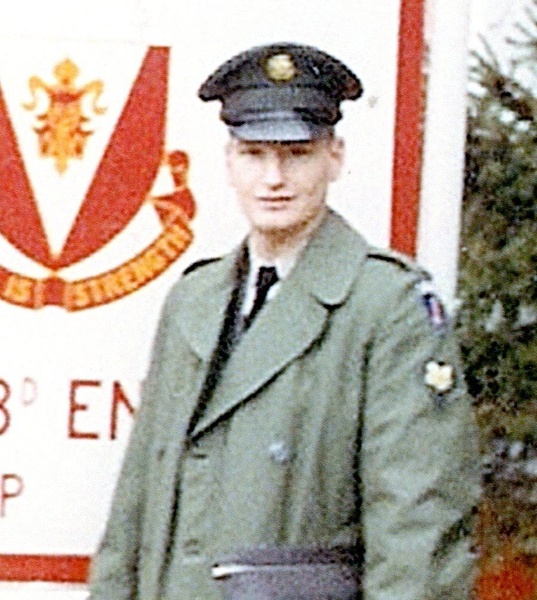 David Allen Stewart 10/20/1945 - 1/4/2022 Plainwell, Michigan David, age 76, passed away Tuesday, January 4th , in his home, surrounded by family, after an 18-year battle with cancer. David graduated from Parchment High School in 1964. He married his bride Dixie (Replogle) Stewart on 11/16/1966 while proudly serving in the army from 1964 - 1967. They were happily married for 55 years. David was employed at General Motors for 37 years. After retiring, he went on to volunteer at the Kellogg Forest in Augusta, which he loved. He loved to travel his entire life. We, as a family, were always going somewhere in the many motor homes they had. He and Dixie continued to travel as much as they could and live life to the fullest. David loved to fish with his brother-in-law Dwight Replogle. After that, they would go to the Fly Inn Restaurant owned by his nephew Lee, who would make him his omelet, his favorite meal. David is survived by his wife Dixie (Replogle) of 55 years, a son Dwight (Linda) Stewart, Parchment, and two daughters, Heather Stewart, Comstock, and Erica (Eli) Canfield, Hawaii. Grandchildren Atlas Canfield, Ian (Gillian Vestal, fiancé) Stewart, Thaddeus Pollard, and great grandchild Beckett. His brothers Mike Stewart, and Greg (Diane) Stewart. Several brother and sister in laws, nephews, nieces and many friends. He will be laid to rest at Fort Custer National Cemetery in Augusta, Friday, May 20, 2022 at 2 PM with Military Honor Guard services. A cookout outside at the Stewart’s home will take place that same evening at 6 PM. A special thanks to Hospice for their help in keeping him in his home.

While visiting David’s webpage at www.amsfuneralhomes.com please sign the guestbook by lighting a candle, and/or sharing a memory with the family.

To order memorial trees or send flowers to the family in memory of David Allen Stewart, please visit our flower store.