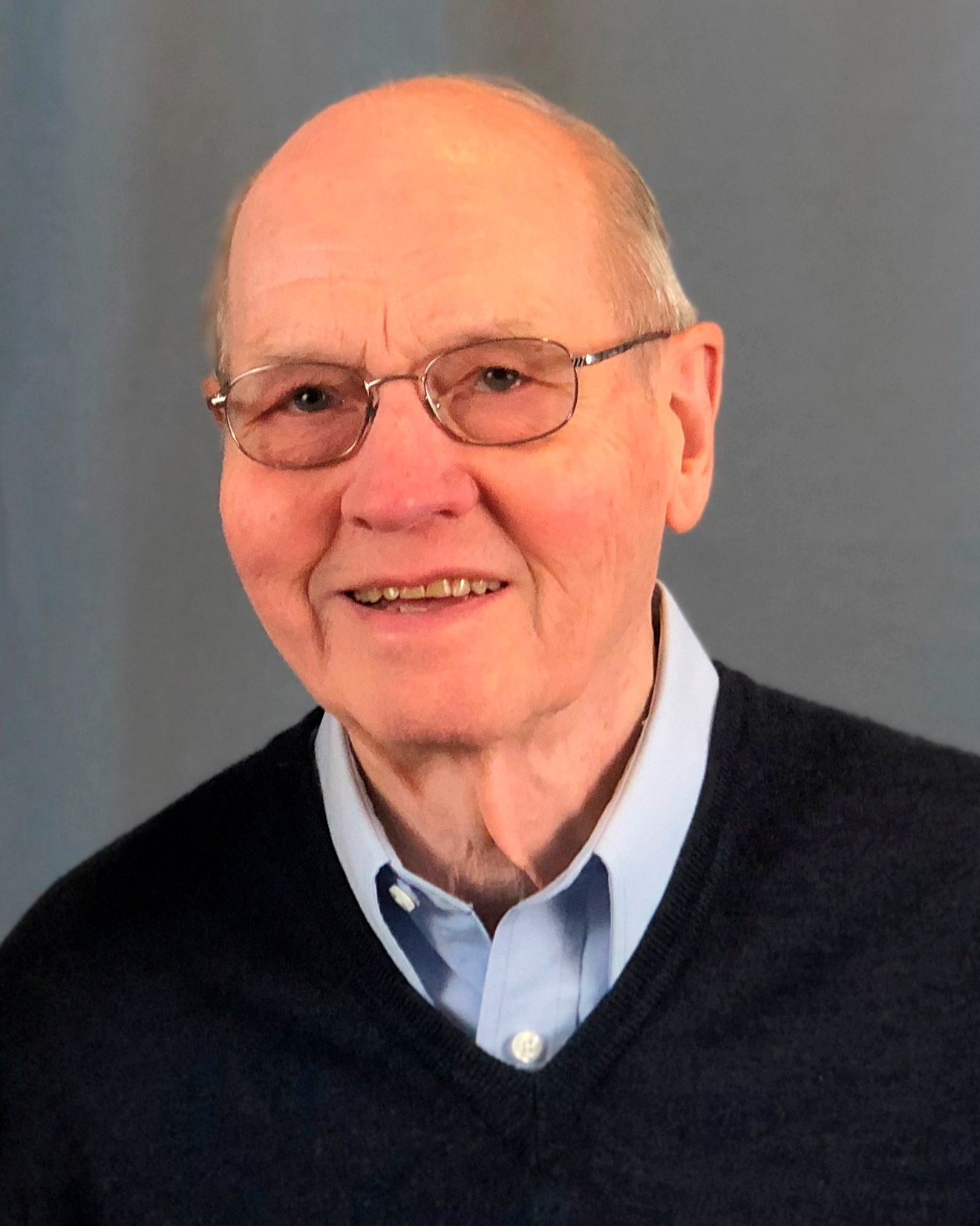 Dennis Darling, 85, died Thursday December 29, 2022 at Rose Arbor in Kalamazoo, MI.  He was born at Green Valley, WI to Vernon and Nora (Hansen) Darling on April 13, 1937.  He grew up on a small dairy farm northwest of Green Bay.  He embraced the farm values of honesty and hard work which would follow him throughout his life.  In his private life Dennis lived his roles of husband, father and grandfather with love and grace.

His formative years were getting up early to help milk the cows before school.  Dennis’ school years were productive and rewarding.  His school mentor was Warren Eiseth who was the local school’s Industrial Art Education teacher.  Although intimidated at first, Dennis became a star student over the next three years.  At sixteen he built a solid cherry desk and entered it into a Ford Motor Co. contest and was honored.    Each year Mr. Eiseth awarded the Knothole Award to his outstanding student. Dennis won it in 1955.   His school experience developed into his future career and his life long pursuit of craftsmanship.

Dennis received his BA at the University of WI, Stout (1959), his MA at Ball State (1960) and his PhD at Michigan State University (1973).  While at MSU he met and married Jean B. Kregar in 1964.  The Darlings moved to Kalamazoo in 1967.  Dennis taught more than 30 years at WMU in the Dept. of Industrial Technology and Education  and in the Dept. of Paper and Printing Science and Engineering.  Teaching was at the core of his vocation.  He retired in 1998.

After his retirement in 1998 he turned his attention to another interest in his life.  Part of Dennis’ legacy will be his work in historical home restoration mainly in the historical West Main Hill Neighborhood.  Dennis will be always remembered for his keen ability to solve problems in the many facets of his life.

Dennis was an active member of the Kalamazoo Askeladden Lodge of the Sons of Norway.  His interest came naturally because of his Norwegian-American heritage.  Three of his four grandparents were born in Norway.  They immigrated to America in the early 1880’s settling in mid-WI where they grew oats, barley and other grains to feed their dairy cattle.  Dennis was instrumental in establishing the charter for he Askeladden Lodge in Kalamazoo and he became a charter member.  He served four years as it’s president and continued his service for many years becoming a 30 year Golden Member. Dennis was a decision maker and his insightful thinking and planning ability always served him well in whatever endeavor he pursused.

Dennis was preceded in the death by his parents, his twin sisters and an older sister Mavis Darling.

Dennis is survived by his wife Jean of 58 years, his son Chad and his granddaughters Druanna and Lucie Darling.

A celebration of Life service will be held at Prince of Peace Lutheran Church, Portage, MI at 11a.m. on January 20, 2023, with a gathering beginning at 10:00a.m.

While visiting Dennis' webpage at www.amsfuneralhomes.com please sign the guestbook by lighting a candle, and/or sharing a memory with his family.

To order memorial trees or send flowers to the family in memory of Dennis E. Darling, please visit our flower store.