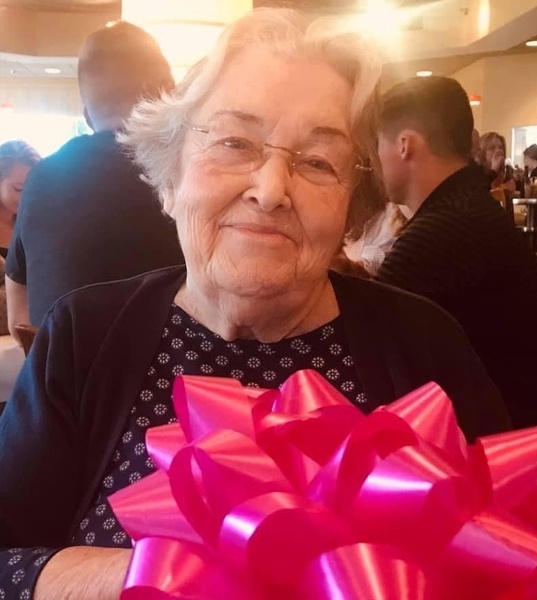 Eddie Cantor and Fats Waller were playing on the radio the day that Diana Howard Edwards entered the world. Born on October 4th, 1929 in New York City, Diana was the daughter of Frank and Mary Howard. Along with her parents and two sisters, Audrey and Sandra, Diana moved often during her childhood. After experiencing New York City, New Orleans and Georgia, the Howards landed in a small town in Northern Michigan named Bear Lake-- just in time for Diana’s senior year of high school. This began what she later called “the most fun time of my life”.

In a class of only twelve, everyone knew everyone. However, Diana was immediately awestruck by one particular other senior. He wore a leather jacket with the collar up and a white t-shirt; and looked to Diana very much like the handsome James Dean. “Be still my heart,” she later shared is what she first thought upon seeing the good-looking Kenneth Edwards for the first time. She was very curious why he never got into trouble even though he arrived to class late every day. She later learned that he drove the school bus route for the younger students in the district. She was smitten.

The two continued their courtship through Ken’s service in the Army and Diana’s attendance at Western Michigan University in Kalamazoo. When money was tight, Diana made dinner for the two. When they could afford it, they enjoyed dinner at Louie’s as a special treat.

They were married on August 26th, 1950 at the Methodist Church in Bear Lake. They loved their small community and Ken worked in his family’s funeral home and later took over the family’s plumbing business. Diana enjoyed being a homemaker and being the librarian for the Manistee County Bookmobile. She also enjoyed exploring family genealogy and was an early adopter of the personal computer.

In 1951, they welcomed their beautiful daughter Lynn. Just two years later, their wonderful son David completed their family. Diana and Ken enjoyed many years in Bear Lake where Diana enjoyed reading, oil painting, needlepoint and socializing with friends. The small family grew in 1987 when Lynn married Floyd Shook. Floyd’s young daughter, Angela, was also welcomed to the family. She fondly remembers Diana playing countless games of double solitaire over coffee cake with her.

Diana became a grandmother in 1989 with the birth of Aaron Kenneth Edwards Shook. She loved being a grandmother and enjoyed taking Aaron on trips to the dunes, watching his baseball games and sharing life lessons. She gave Aaron the words by which he lives: “If you can’t be good, be careful.”

Diana and Ken later moved to Parchment in the Fall of 2004 to be closer to their children. Sadly, Kenneth Edwards passed away at age 78 on May 17th, 2007. Diana spent the following years in Parchment near Lynn and Floyd before moving to Friendship Village in 2016. She enjoyed many activities there, visits with her family and especially loved a recent road trip with Aaron up north. Many photos of Ken comforted Diana in her new home but she still missed him terribly. Although her eyesight had weakened, she still enjoyed audible books and keeping up with current events on her Alexa.

At age 92, Diana died on March 11, 2022 at Bronson Hospital. She returned to the love of her life, Ken, while listening to one of her favorite songs, “Stardust.” The first verse, the perfect accompaniment to their reunion:

Sometimes I wonder, how I spend

The lonely night dreaming of a song

The melody haunts my reverie

And I am once again with you

A graveside service will take place this Spring. In lieu of flowers, the family asks that you donate to the animal rescue program of your choice in honor of Diana’s love of animals.

The family is being served by Avink, McCowen and Secord Funeral Home; 120 S. Woodhams St. in Plainwell.

To order memorial trees or send flowers to the family in memory of Diana Howard Edwards, please visit our flower store.