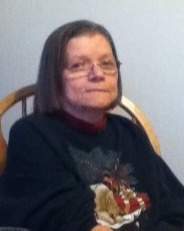 Diane G. Parsons, of Vicksburg, passed away on Tuesday, August 30, 2022 at the age of 78. Diane was born on June 17, 1944 in Kalamazoo. She was the daughter of Clinton and Freda (Wisser) James. Diane attended Kalamazoo Public Schools and Loy Norrix High School. After dating for a time Diane and Lloyd Parsons, found themselves deeply in love, and on February 21, 1966 they shared vows of marriage. Together they had four children: Lisa, Missy, Melanie and Tim. Because Lloyd worked hard to support his family, Diane was able to stay at home and raise her children. They enjoyed taking the children camping at local campgrounds. Sunday dinners were spent together as a family and enjoyed Diane’s Fried Chicken. She will be remembered by her family as quiet, caring and selfless.

She is survived by her four children: Lisa (William Brockway) Cardiff, of Three Rivers; Missy (Robert) Good, of Eaton Rapids; Melanie (Brian) DeMink, of Vicksburg; Tim (Sabrina Healy) Parsons, of Mendon; eight grandchildren; two great grandchildren. She is also survived by two siblings: Joan Moran, of Plainwell; and Larry James, of Kalamazoo; and several nieces and nephews. Diane is preceded in death by husband Lloyd in 2014 and her sister Helen Schuiteboer.

A funeral service will be held on Tuesday, September 6, 2022 at 1pm at Avink, McCowen & Secord Funeral Home, Portage Chapel. The family will receive friends at the funeral home one hour prior to the service beginning at 12 noon. Burial will be at the Vicksburg Cemetery.

While at www.amsfuneralhomes.com please take time to sign Diane’s guestbook and/or share a memory with the family. Those who wish may make contributions to the Alzheimer’s Association.