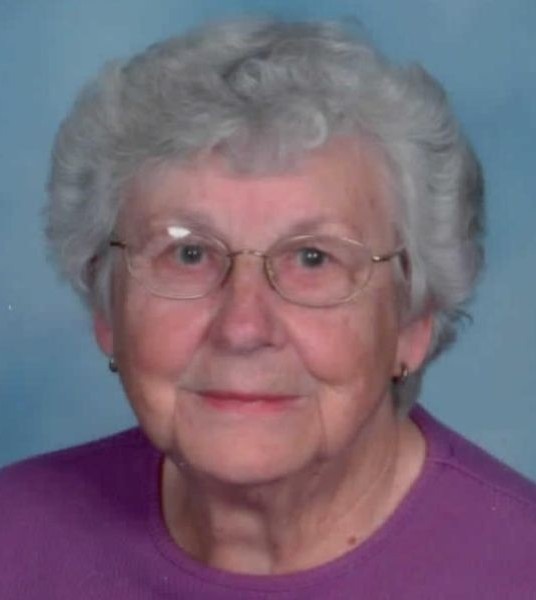 As her family and friends can attest, Dolores Cunningham truly understood the secret to a life well lived. She treasured her family and friends above all else, and she was always willing to go above and beyond to care for others. Dolores was an unwavering source of strength, even in the most difficult of times. Her resilience and endurance were a testament to her inner character, and her kind heart and serving spirit allowed her to touch the lives of countless others. Deeply loved, Dolores will be dearly missed.

It was great to be an American during the 1920s. Ballroom dancing, motion pictures in both color and sound, and cars that were mass produced on assembly lines were all noteworthy advancements that transformed the way we lived our everyday lives. It was also during this eventful time that Daniel Earl and Hazel Marie (Mau) Williams were pleased to announce the birth of the baby girl they named Dolores Elaine.

Growing up, Dolores was a typical young girl of her generation in many ways. She was raised in the family home in the small town of Britt, Iowa, alongside her siblings, Donald, David, Mort, and LaVera. Britt was a farming community that was full of character, and as it was known as the Hobo capital of the world there was an annual Hobo convention where a king of the Hobos was elected. Dolores’ father worked as an electrician while her mother remained close to home, devoting herself to caring for her family. Her German heritage was a great influence in her life, and every year, her mother would make a large crock of sauerkraut. As the Great Depression was in full swing throughout her childhood, Dolores learned at a young age to be frugal and self-sufficient. She canned food in order to preserve it, and she was also known to never throw anything away when it could still be used. Dolores grew up very close with her cousins, and she and her siblings were the best of friends.

As a student, Dolores worked very hard in order to succeed. She also fell in love with music and played the piano as well as the sousaphone in the marching band. Throughout her childhood Dolores went to local schools and attended Britt High School. She graduated in 1943, ready to move on to bigger and better things. Dolores then went on to pursue her associate’s in business.

New and exciting changes were on the horizon for Dolores when she met the love of her life. His name was Robert Cunningham, and the two were first introduced to each other by Robert’s sister, Frances, while attending a dance. It didn’t take Dolores and Robert long to realize that they were made for each other. As he was serving in the Navy at the time, the couple enjoyed a whirlwind romance while he was on leave. Dolores picked up everything to move to California in order to stay close to Robert. She fell in love with his sense of humor, and the two loved to dance and spend as much time together as possible. With a desire to spend the rest of their lives together, Dolores and Robert were married on October 7, 1945, in Huntington Park, California. It was a small, intimate wedding ceremony, and the newlyweds enjoyed being surrounded by family and close friends on their special day. While Robert was serving in the Navy, Dolores lived with his sister, Frances.

All who knew Dolores would agree that of all the things she loved in life, she valued her family and friends above all else. She remained very close with all of her relatives, and she was never one to miss a birthday or an anniversary. Over the years, Dolores’ family grew to include four beloved children, Robert, Susan, Craig, and Daniel, and she was overjoyed to become a mother. She dedicated herself to raising her children into kind and hardworking individuals, and she was always so proud of the wonderful people they turned out to be. According to her children, Dolores was famous for saying, “Just wait ‘till your father gets home!” Later in life, she was thrilled to become a grandmother and even a great-grandmother. Dolores adored her grandchildren, and spending time with them gave her the greatest joy. She had an especially strong bond with her granddaughter, Sophia.

In order to provide for herself and her family, Dolores worked as a receptionist at Portage Medical Clinic. She truly loved her job and enjoyed interacting with other people. Even after retiring from the clinic in 1988, Dolores missed working and began a part-time job at Daane’s Party Store in Portage. She continued to work there until 2012.

Never one to sit still for long, Dolores pursued many hobbies in her free time. She had a heart for serving others, leading her to drive one day a week for Meals on Wheels. Dolores was also very involved with the Women’s Auxiliary in the VFW Post 5855 in Portage, Michigan. She worked closely with the First United Methodist Church of Portage, allowing her to touch countless lives. Dolores developed a love for golf at a young age, a passion that lasted her entire life. She was a member of a Bridge club, and she enjoyed water skiing whenever she could. Dolores loved to spend time at Austin Lake, and following her retirement, she purchased a pontoon boat to cruise around on the lake. Her home on the lake went on to become a gathering place for friends and family, and she hosted parties on all major holidays. Dolores and Robert were blessed to celebrate their 50th anniversary and danced together, just as they always had.

When reflecting on the life of Dolores Cunningham, it is easy to see her unwavering strength and her unconditional love for her family. She was known to be as patient as she was stubborn, and she cared for everyone and enjoyed serving others. Dolores was a shining example of kindness and responsibility in every way. She was an involved member of her community and was loved by all who knew her. Though she will be deeply missed, Dolores leaves behind a priceless legacy that her loved ones will proudly carry on in her footsteps.

In accordance with Dolores wishes public services will be held at Avink, McCowen & Secord Funeral Homes, 5975 Lovers Lane, Portage, MI 49002 on Friday, February 4, 2022 with visitation beginning at 12:00 noon until the time of service at 2:00 p.m. Dolores will be laid to rest with Robert at Mt. Ever-Rest Memorial Park following the service.

Memorials made in Dolores memory may be directed to Centrica Care Navigators. Envelopes are available at the funeral home.

While at www.amsfuneralhomes.com please take time to sign Dolores' guestbook and/or share a memory with her family.

To order memorial trees or send flowers to the family in memory of Dolores Elaine Cunningham, please visit our flower store.