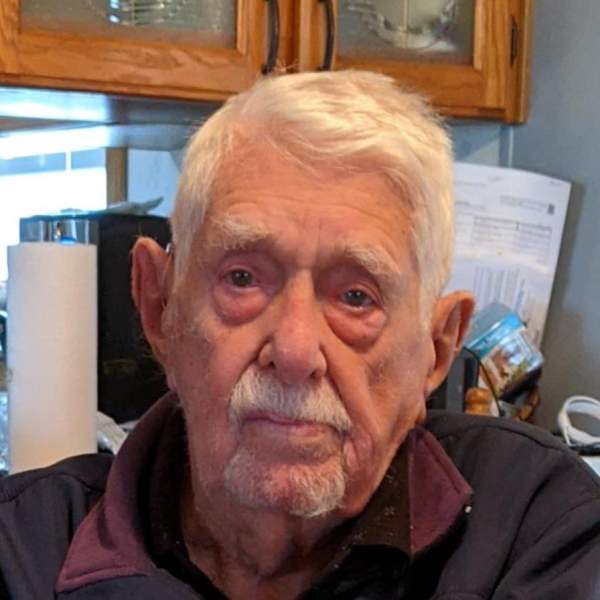 Donald Jerram, of Plainwell, passed away on June 24, 2021 at the age of 104. Donald was born on March 28, 1917. In loving memory of our father Don passed away peacefully with family by his side at Rose Harbor Hospice. Don is survived by his 4 children; 9 grandchildren; 14 great grandchildren; and his sister. Don is preceded in death by his wife, Roma Mae; 2 grandchildren, Tara Oetman and Corinne Smith; parents; and 3 brothers. He was a WWII veteran and a lifelong member of the VFW. Some of Don’s many work accomplishments include supervisor, tool and die maker, watch maker, jewelry maker, as well as many others. A lifelong passion of flying lead to his first ultralight aircraft which he restored and started flying. In 1987 he solo flew from the runway he had built at his home at the age of 68. He joined the Alamo Airforce club and gained many flying friends. He then purchased a 1946 Airicana 7AC Champion which he maintained, flew and soloed to get his private pilot’s license at age 84. Don had many hobbies including dancing, boating, water skiing, hunting, fishing and tinkering. There will be military honors at the Otsego VFW 3030 at 12pm on July 10, 2021 with a memorial luncheon to follow. Inurnment will take place at Ft. Custer National Cemetery at a future date and time. The family would like to extend their heartfelt gratitude to Rose Arbor Hospice. In lieu of flowers please make a donation in Don’s name to Hospice Care of Southwest Michigan, 7100 Stadium Dr., Kalamazoo, MI 49009. While at Don's webpage at www.avinkcremation.com please take time to sign his guestbook by lighting a candle and/or sharing a memory with his family. The family is being assisted by Avink Funeral Home & Cremation Society, 129 S. Grand, Schoolcraft, MI 49087 (269) 679-5622.
To order memorial trees or send flowers to the family in memory of Donald Jerram, please visit our flower store.