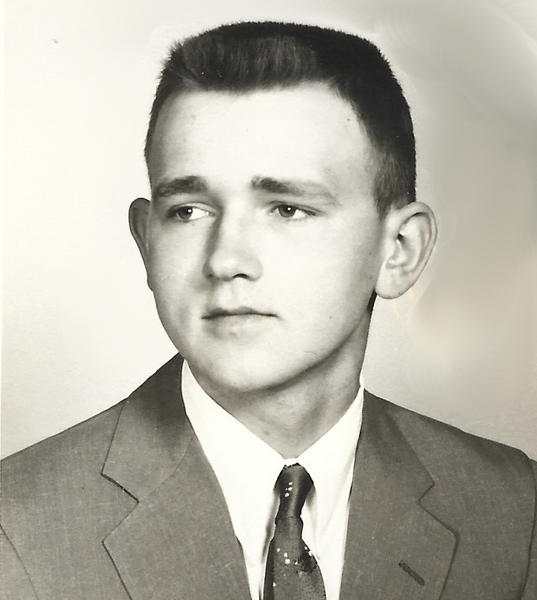 Donald Gordon Jones passed away on Thursday December 23, 2021 due to a heart attack. Don was born in Fort Wayne, Indiana in 1937 to Cleora and Author Jones. His father, who worked for IBM was transferred first to Aurora, Illinois and later to Kalamazoo, Michigan.

Don was drafted into the Korean War while still in high school. After returning from active duty, worked for the Kalamazoo Post Office for 42 years until retirement.
Don was preceded in death by his parents and his brother, Roger Jones. Don is survived by his brother, Norman Jones; his daughter Christie (Jones) Stokes; and his grandchildren, Magdalena “Maggie” and Joshua.
Don loved to travel all over the United States and Canada but mostly to South Haven, Michigan. He also loved to go to car shows, camper shows, train shows, and various museums.
Don lived a quiet and private life. He loved being around family and nature. He loved seeing his grandchildren as often as he could. He will be terribly missed by all those who knew him.
A military memorial is planned for Donald on May 20, 2022 at Fort Custer, Battle Creek, Michigan at 12:00 pm.
While visiting Don’s tribute page at www.amsfuneralhomes.com please take a moment to sign the guestbook or share a memory with the family. The family is being assisted by Avink, McCowen & Secord, 5975 Lovers Lane, Portage, MI 49002. (269) 344-5000.

To order memorial trees or send flowers to the family in memory of Donald Gordon Jones, please visit our flower store.