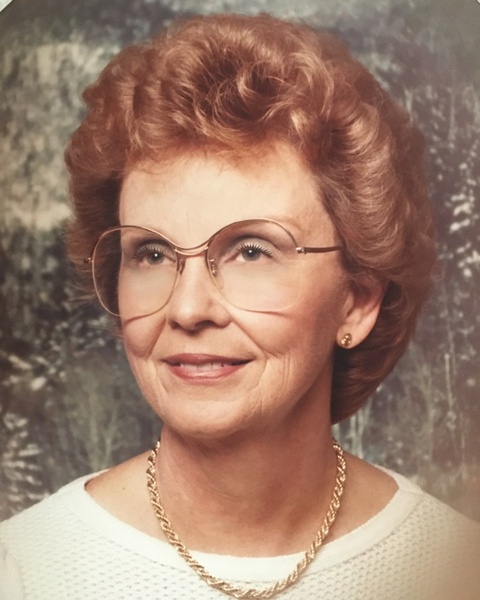 She will be fondly remembered by her son and daughter in law, Glen and Sandra Guarisco and daughter Kimberly Guarisco. Also four grandchildren William and Jay Guarisco, Quinlyn  Mejeur and Keaton Pearson. Six great grandchildren including Jayden, Logan and Dillon Guarisco, Auden and Olive Pearson and Velouria Mejeur.

Edith then Packard, graduated from Kalamazoo Central high school in 1944. She went on to work several positions at Michigan Bell Telephone Company, moving into District Manager of employment office activity in Southwestern Michigan and retired in 1981. She enjoyed Florida winters and Michigan summers after retiring.

She has attended several of the Episcopal churches over the years including Saint Barnabas in Portage which she and her first husband, Jasper helped to build in 1959. It was while attending Saint Luke’s in Kalamazoo, that she met her second husband Richard Hall.

Over the years she gave to many, like being the first women on several advisory boards and steering committees, she was generally “Chair-Women” by year two. She also did a great deal of volunteer work, for her church, on various committees and the church’s thrift shop. She dedicated four years and countless hours to patients in Hospice care and many others. As a rule, she was there for anyone with a need.

A very loving sibling, wife, mother, grandmother, co-worker and friend. She always believed there was good in everyone. She made every individual around her feel appreciated and loved.  An exceptional person, she gave to others every day of her life and will be soulfully missed. She will be remembered always for the beautiful human being that she was.

There will be a celebration of life on Sunday October 2nd, for both Edith and Ken at the Club Car Grill, 6225 W. D Ave. Kalamazoo, MI, from 2 - 4 PM (light lunch provided).

While visiting Edith’s webpage at www.amsfuneralhomes.com please sign the guestbook and sharing a memory with the family. The family is being assisted by the Avink Funeral Home & Cremation Society, 129 S. Grand St. in Schoolcraft. 269 679-5622

To order memorial trees or send flowers to the family in memory of Edith Marie Hall, please visit our flower store.

Celebration of life is for both Edith and Ken.