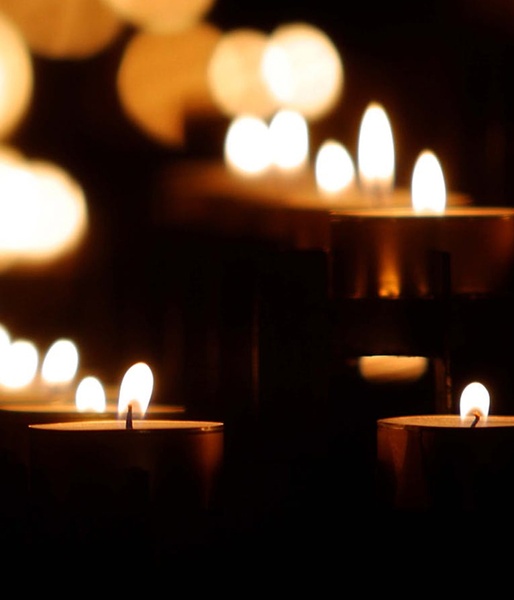 Edwin Robert White was born to the late William George White and Elmira Alice White on November 22, 1931 in Lakin, Kansas. Early in his life Edwin placed his faith in Jesus Christ and had lived the majority of his 90 years of life in service to Christ and His church. Raised under a pastor for a father, Edwin desired to follow in his fathers’ footsteps in living his life for the Lord. He would later attend Moody Bible Institute in Chicago, Illinois, and graduate with a Moody Pastor’s Course certificate in 1953. He met his first wife, Betty, while in his studies in 1951. He would father two children, James Robert White and Patricia Ann White. Edwin’s service to the Lord would take him to many states in the East and Midwest, serving as youth pastor and head pastor alike. Brief pauses in ministry would see Edwin become a chief engineer at WHP Radio in Harrisburg in the early 1970’s, earning a first-class radio telephone certificate. Eventually, his service to Christ and the Lord’s leadings would take him to Glendale, Arizona. Edwin continued his radio vocation as a general manager of KWAO Radio in Sun City, Arizona from 1974-1985, serving as a master printer in the print shop of North Phoenix Baptist Church for many years. After a time of aiding that church, God would call Edwin back into the pastorate, leading him to West End Baptist church in Phoenix, Arizona. It is during this time he would meet Donna Noriega, a woman that would aid him and his family to better enable Edwin to serve the Lord with all of his time and energy. Eventually, God would lead Edwin to his last church, A Church of Grace, in Tolleson, Arizona. During this tenure, his wife Betty White would pass. After this event, along with a quadruple bypass on his heart, Edwin retired full time from the ministry. Around this time, he would take Donna Noriega as his second wife, and he would inherit two more children, Alexander Noriega and Krystina Morrison. 2013 would see Edwin and Donna move to Sturgis, Michigan, aiming to live their lives in pursuit of tending to the family and for Edwin pursuing his desire to write books to encourage the church of Jesus Christ. From 2014 on, Edwin would struggle with ailments such as pneumonia, internal organ issues, a broken leg, and COVID-19. Despite all these trials, Edwin continued to pursue living for his Lord in his time, his efforts, and his writings. After many years of loving union, Edwin lost his wife Donna white on December 14, 2021. From November of 2021, Edwin’s health was steadily declining, until he was placed on hospice at the end of January 2022. This quickly culminated into Edwin’s passing in the night on February 2nd, 2022, in his home. He is succeeded by his two biological children James White and Patricia Clow, as well as his two step children Alexander Noriega and Krystina Morrison.

Edwin was the very definition of a man wholly focused on living for God. He dedicated his time, his energy, his money, his resources, all of himself to the service of Jesus Christ. It has been observed that Edwin was a man above reproach, a man who turned away from evil, and sought to please Jesus Christ in all that he did. Edwin was absolutely certain of the existence of God the Father, God the Son, and God the Holy Spirit, and went out of his way to teach the people around him to seek Christ and truly live. He aimed his life to lead his family to Jesus, to lead them to His Word, and to lead the church of Jesus Christ to further loving their Lord and Savior through obedience, truth, and love.  If he were alive to meet you, and you didn’t know Jesus as your personal Lord and Savior, he would lovingly tell you now is the day of salvation, now is the time to repent, to turn from your sins, and to trust in God through faith in Jesus Christ His Son. All to the glory of God the Father forever and ever, amen.

While at www.amsfuneralhomes.com please take time to sign Edwin's guestbook and/or share a memory with his family.

To order memorial trees or send flowers to the family in memory of Edwin White, please visit our flower store.