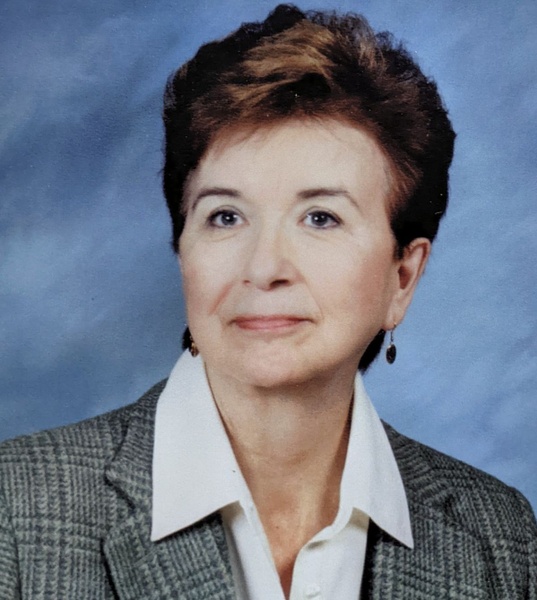 Eve was born to Daisy and John Hill of Ohsweken, Ontario, Six Nations of the Grand River reserve. She was a member of the Mohawk nation of the Iroquois (Haudenosaunee) confederacy. She was the youngest of 8 siblings, the only one born in a hospital, and came home in a horse and buggy.

Eve moved to Detroit, MI in the late 1940s. Two of her sisters, Eleanor and Ethel, followed her and they remained close throughout their lives. In 1956, Eve married Thomas Adams of Petoskey, MI. They had two children, Katherine and Thomas, Jr. They later divorced.

Eve was a career woman. During her career, she worked for the drug company Parke-Davis, which later became Warner-Lambert; Hiram Walker, makers of Canadian Club and other spirits; and the Heinz Company, where she broke the glass ceiling by becoming the first woman to reach the position of Director. She was very proud of that accomplishment. Her children often joke that their education was paid for by drugs, alcohol, and ketchup.

In 1983, Eve married George Shifler. They enjoyed a number of years together, which included many travels with their friends Art and Pat Andersen, and they relished their blended families, which included George’s three grandchildren. In the 1990s, Eve became a grandmother again when her daughter had three children. After George passed, Eve eventually moved back to Michigan, this time to Portage so she could be close to her younger grands and be present for their activities as they grew up.

Eve served on many boards, including the Eden Hall Farm Foundation. Her main focus was education and when it came to giving, she would select organizations that provided the means for people, especially women, to receive the tools needed to provide for their lives. It could be help for unwed mothers to receive funds for childcare so they could attend school, or agencies that provided financial assistance for college or trade school programs. Eve and George would champion these programs, both in their foundation work and in their personal giving.

Eve was always a staunch supporter of her family and friends. She was a beautiful soul. She was kind, graceful, elegant, smart, a tough cookie when she needed to be, extremely capable and organized. She may have been the baby of her family but they often relied on her strength. Even when dementia robbed her of her memories, her core traits were always present. She was the consummate hostess and, while she may no longer know you, she would smile while you chatted with her and then suggest she help you find the door after a few minutes because the one thing she knew was she couldn’t keep up.

In lieu of flowers, donations may be made to Berea College, which provides free college tuition to all students. Visit HTTPS://BIT.LY/EVESHIFLERMEMORIAL.

To order memorial trees or send flowers to the family in memory of Eve Shifler, please visit our flower store.
Send a Sympathy Card