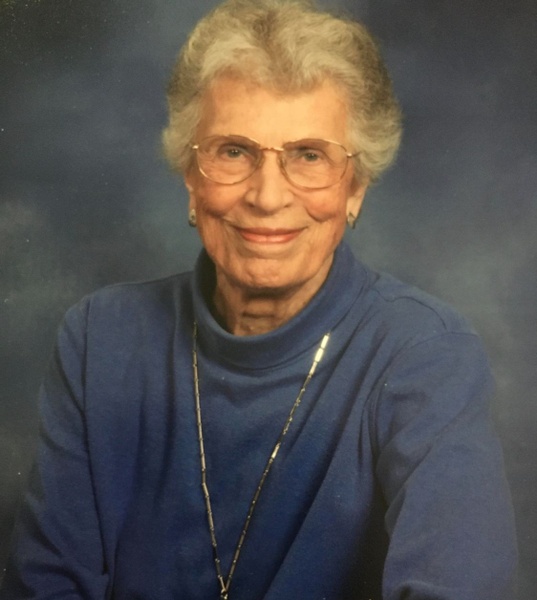 Fay Heinsohn Woolrich was born in Red Oak, Texas, on October 3, 1925. She grew up in Austin, where she met Paul Woolrich at a youth group at age 13. They both graduated from the University of Texas and shortly afterwards began moving around the country with the Public Health Service. The “Wools” loved to travel cross country as they moved from Salt Lake City to Cincinnati to Los Angeles, back to Cincinnati, and finally to Kalamazoo. They also traveled as a family to Mexico, Peru and Bolivia, exploring ancient sites that Paul had become fascinated with in the “Chariot of the Gods” series. Wherever they roamed, Texas was always home. As the family drove into Texas for the holidays, they broke into raucous renditions of “Deep in the Heart of Texas” and “The Yellow Rose of Texas.” You can take the girl out of Texas, but you can’t take Texas out of the girl. In every home, the Wools had a beautiful painting of Texas bluebonnets. For every birthday and anniversary, Paul lovingly presented yellow roses to his Texas girl.
As their daughters were growing up, Fay served as their Girl Scout leader and cookie chairperson. That created the opportunity for stacks of cookie boxes to become a large maze in the living room every spring. She taught each of the girls to sew and knit, and made all their dresses. As each child and grandchild married, she also created a beautiful afghan for their home. Fay was knitting winter caps for school children until a week before she entered Hospice.
Fay was very active with United Methodist Women, Foods Resource Bank, and the Reconciling Ministries Team at First United Methodist Church. She wore her rainbow pin every day in support of the LGBTQ+ community and their families and friends. She also volunteered to transcribe textbooks into braille, and she and Paul delivered Meals on Wheels for many years. Daughter Becky has coined the phrase “feisty, funny, fearless, formidable” to describe her Mom. As Fay grew older, she became more careful with the feistiness of her words, and often laughed that she needed duct tape to keep from saying something she shouldn’t.
Family reunions allowed precious time with Paul Woolrich’s siblings, children and grandchildren. The older Wools passed their Dad’s English walking stick to see who would organize the next bi-annual reunion and pick the next beautiful location. Heacock-Heinsohn reunions were also precious, as the Alaskan cousins made their way home to Texas every few years. Fay was able to gather the adult Heinsohn cousins to Kalamazoo recently for a magical week with all eight girls.
After retiring from Upjohn, Paul and Fay enjoyed many winters in Gulf Shores, Alabama, with their Kalamazoo snowbird crew. Summers were spent on Eagle Lake (Texas Corners, appropriately) where Fay loved to swim. She swam several times a week at the Friendship Village pool, even at age 96. On Eagle Lake, she also became an avid bird watcher, with binoculars and bird books in hand, along with an instrument that could help identify each bird’s song.
Fay is Mom to Georgia Dalton (Bill), Jo Ramsdell (Bob), Becky Bridges (Rusty), and Debbie (Pib) Donaldson (Jim). Gramma to Lindsay Donaldson (Tim Condon), Todd Miller (Tina), Jim Donaldson (Renee Robbins), Josh Miller (Jen), Nick Dalton (Shannon O’Bryan), Kris Dalton (Christina), and Gramma Fay to great-grands Sarah, Emily and Bella Miller, Natalie and Amelia Miller, Isla and Olive Dalton, and Indi and Jai Dalton.
Fay was preceded in death by her parents, Lollie and Dr. Edmund Heinsohn, three sisters (Laura Louise, Eugenia, and Edwina Heinsohn), her beloved husband and best “Bud,” Paul Woolrich, son-in-law Marc Miller, and grandson Todd Miller.
The Woolrich family would like to express their deepest appreciation for the love and care given to Fay by her Friendship Village family, her Hospice team, her church family, and the Avink Funeral Home in Schoolcraft. A Celebration of Life service will be held at First United Methodist Church in Kalamazoo, with live streaming to the Kiva at Friendship Village. The service will be on Sunday, September 4, at 3:30, officiated by Rev. Steve Charnley and Rev. Julie Kline. In lieu of flowers, memorials may be given in honor of Fay to Meals on Wheels, Growing Hope Globally, and the First United Methodist Church of Kalamazoo.
Thank you to all her precious family and dear friends for helping to make her 96 years full of love and priceless memories. Rest well, dear Fay.
To order memorial trees or send flowers to the family in memory of Fay Woolrich, please visit our flower store.