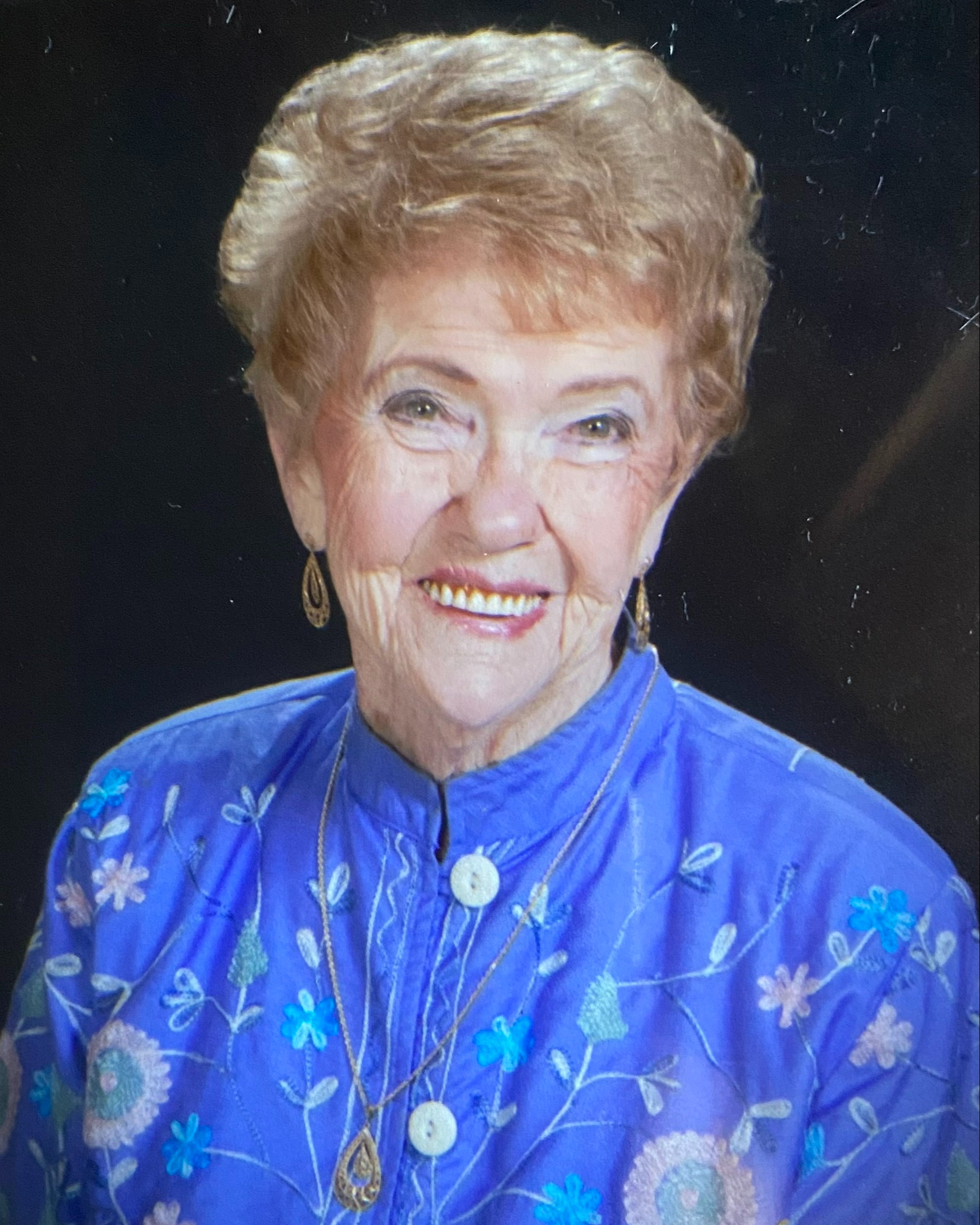 Faye Elizabeth Taylor, loving wife, mother, and grandmother, aged 90, entered into the presence of Jesus Christ, her LORD and Savior, on Sunday, October 23, 2022, at her daughter’s home.

Faye was born in Detroit, MI, on April 21, 1932, to Robert and Lois Barram. The family moved to Kalamazoo, MI where Faye graduated from Kalamazoo Central High School. She attended Bethel Baptist Church during her high school years.

Faye’s father owned a grocery store where Faye worked alongside her family. While working in the store she met a young farmer, named Bernard Taylor, who was delivering eggs. A romance developed, and Bernard and Faye were married on September 24, 1950. Their marriage lasted 64 years until Bernard’s death in 2014. They were blessed with five children, 10 grandchildren, and 18 great-grandchildren.

Faye was an excellent baker, making twelve loaves of bread every week while raising her family. She was also a gifted seamstress, making clothing for herself, her children, and several wedding gowns, including two for her daughters. Faye and Bernard loved to square dance.  They enjoyed spending winters in Venice, Florida, where they had many friends. She also enjoyed playing the piano and organ and teaching Sunday School. She was a member of Texas Corners Bible Church for many years

After her children were grown, Faye went back to school and attended Chic University with her daughter Sara. After graduating, they opened Hair-N-Things Salon together. They enjoyed their clients as many of them became lifelong friends.

A memorial service and luncheon will be held on Sunday, November 13, 2022, at 1:00 pm at the Beginning in Schoolcraft, MI. Pastor Jim Dyke officiating.

While at www.amsfuneralhomes.com please take time to sign Faye's guestbook and/or share a memory with her family.

To order memorial trees or send flowers to the family in memory of Faye Elizabeth Taylor, please visit our flower store.