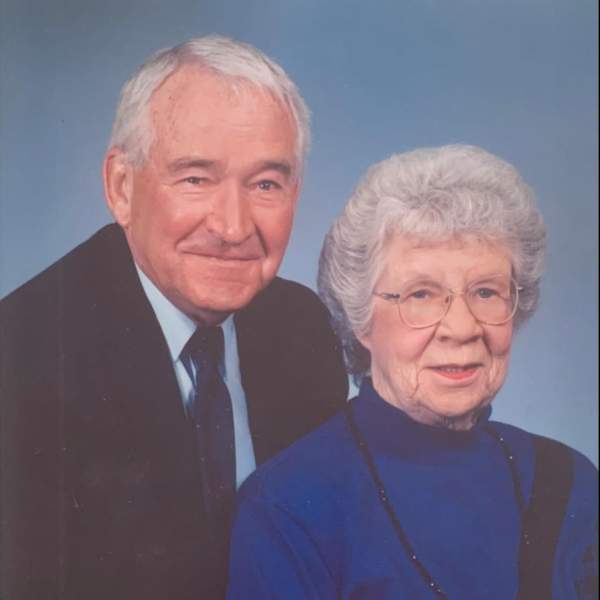 Fred L. Stevens passed away on October 4, 2021, at the age of 99, outliving his father Louis, mother Vesta, brother Charles, twin sisters Connie and Carol, and his beloved wife Ann Marilyn. He is survived by his daughter, JoAnn and son-in-law David Gerrish. Also surviving are cousins Kurt Wietzke, Susan Dunn, and Louis Stevens, along with many nephews & nieces from the Stevens & Griffin families. Fred was recognized as an accomplished athlete at an early age, excelling as a 3-sport athlete at Hart High School and then at WMU. He was halfback on Western's undefeated 1941 football team, forward on the basketball team, and was WMU's first All-American in any major sport, as captain and first baseman in the East-West College All-Star game. Fred enlisted in the Navy in 1942 and detached in 1946, having served on LST 572 and rising to the rank of Lieutenant JG. The LST delivered supplies and equipment to Omaha Beach, then was dispatched to the Pacific Ocean where they participated in battles around Okinawa and the Philippines. Following his release from the Navy he remained a member in the Naval Reserve for many years, and a member of American Legion Post 36 for 71 years. Following graduation, Fred joined WMU's 'school on the hilltop' as an Associate Professor in physical education where, over the years, he taught and/or coached football, baseball, basketball, physical education, physical science, track, and swimming. During his 'off time' he and good friend, Mac McKee, coached the Maroons & Blues summer baseball teams. He turned down offers to play pro baseball, and instead joined WMU's Athletic Department where he worked for about 40 years, coaching baseball with Charlie Maher, Bill Chambers, and Fred Decker — and Football with Merle Schlosser, Bill Doolittle and Elliot Uzelac. In 2013, Fred was Inducted into the Department of Human Performance & Health Education Alumni Honor Academy. The Academy was established in 2002 to provide public recognition of the outstanding professional accomplishments, contributions & service of distinguished graduates. In accordance with the family’s wishes cremation has taken place and a memorial service to celebrate Fred’s life will be held at Avink Funeral Home & Cremation Society, 5975 Lovers Ln, Portage, MI 49002, on Thursday, October 14, 2021, at 10:00 a.m. Fred will be laid to rest at Ft. Custer National Cemetery at 3:00 p.m. the same day. Memorials made in Fred's memory may be directed to the WMU Foundation for the Russell-Sumney Baseball Endowment Fund c/o WMU Foundation. While visiting Fred’s tribute page please take a moment to light a candle or share a memory with the family. The Stevens family is being assisted by Avink Funeral Home & Cremation Society, 5975 Lovers Ln, Portage, MI 49002. (269) 344-5600.
To order memorial trees or send flowers to the family in memory of Fred L. Stevens, please visit our flower store.