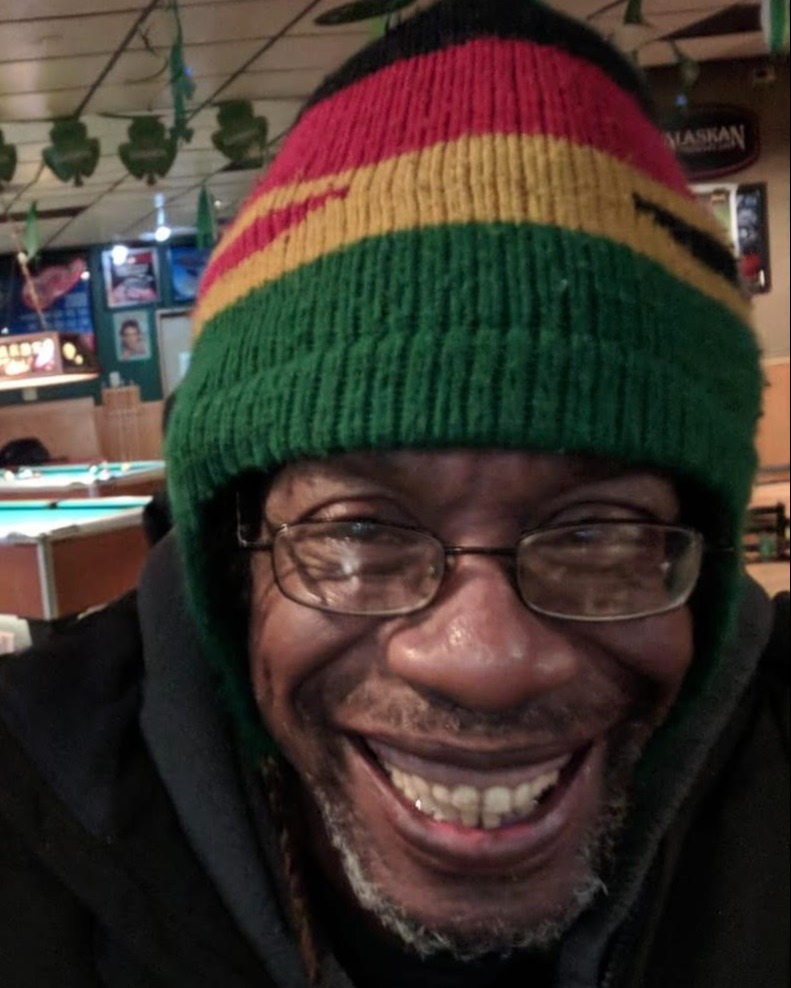 Glenn Edward Walters Walker went to his glory on December 30, 2022. Known as the ‘energizer bunny’ by his oncologist and staff, cancer and Covid were what finally stilled his last breath. He passed with peace and dignity under the care of the hospice staff of Centrica Care, his friends Myra Atkinson, Gail Weatherwax, and his sister Patricia Walker as well as all of those who contributed to making his stay at MediLodge of Portage more comfortable.
Glenn was born on September 11, 1953 in Detroit, MI to Octavia Walters and Robert Lester. At five days old he joined the family of Junious and Cora Walker of Livonia and their two children, Donald and Patricia. He was preceded in death by his parents and his brother, Donald. He is survived by his sister, Patricia and his sister-in-law Sandy Walker. Also, surviving Glenn is the love of his life, his ex-wife Ann Fershee Walker and countless friends who will miss him dearly.
As a teen, Glenn opted to move from his family home to a boy’s group home. From there a pivotal opportunity to learn culinary skills brought him to the Kalamazoo, MI area where he would have a long and storied career working in many kitchens and venues throughout the region. From a 15 year stint at the Fish Shanty to nursing facilities, from WMU tailgating and private parties to shows at the State Theatre for the Blues or Reggae shows, he never disappointed. He was the beloved chef at Unity of Kalamazoo where he prepared their bountiful feasts and other meals as needed. He was considered a great sauce and soup man putting delectable flavors into every dish he made. Along the way, Glenn made many friends through his work as well and the flavors he brought to the table will be truly missed.
Glenn was known for his ‘Irie’ attitude, his kindness toward all he met and the good spirit and steady presence he brought to others with a smile. He showed up to support live music and was a favorite dance buddy to many!  For this we are grateful!
Please come and help share in the celebration and memory of Glenn’s life on January 21, 2023 at the Old Dog Tavern, 403 E Kalamazoo Ave, Kalamazoo, MI from 2p-5p. We will have a remembrance ceremony at 3:30p so please bring a story to share. There will be appetizers, non-alcoholic beverages and a cash bar for a toast as we bid our friend good bye. And, perhaps, a dance or two…
In memory of Glenn, be kind, share a smile, lend an ear, give a hand, and dance a while…we’ll surely miss you friend.

While visiting Glenn's webpage at www.amsfuneralhomes.com please sign the guestbook by lighting a candle, and/or sharing a memory with his family.

To order memorial trees or send flowers to the family in memory of Glenn Walters-Walker, please visit our flower store.