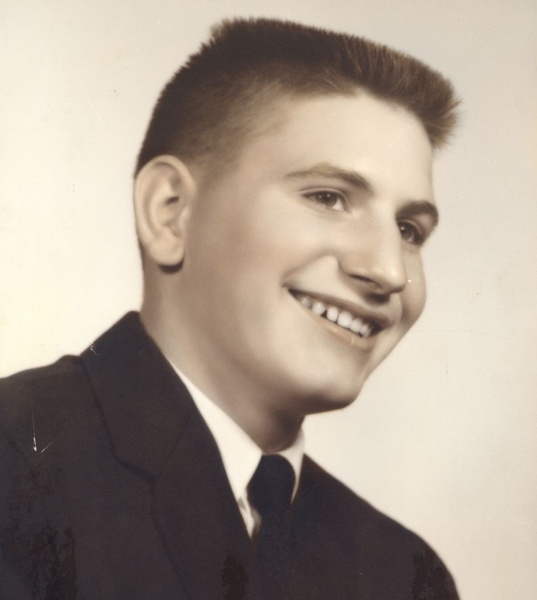 His family moved to the Vicksburg area when he was ten years old. He graduated from Vicksburg High School in 1955, following graduation he proudly served his country by joining the United States Navy. In September of 1959, while attending a dance in Leonidas, Hascall met the love of his life Janet Banks. On December 17, 1960, the two sealed their love in marriage. They began their family in Vicksburg with three wonderful children: Jeannie, Mike, and Jay. While raising his family he worked as a Machinist at Eaton Corporation and then moved to Coca Cola in Paw Paw. Hascall loved to continue his family’s farming legacy, fishing, hunting, and eventually fell in love with outlaw sprint racing. As the family grew he became a grandfather to six grandchildren and ten great-grandchildren. Hascall was extremely charismatic and loved talking to just about anyone about anything.

He is preceded in his passing by his parents: Hascall and Magda; his wife: Janet; his sister: Onalee; and daughter in-law: Vickie

In accordance with the family’s wishes public service will be held at Avink, McCowen & Secord Funeral Home, 409 S. Main Street, Vicksburg, MI 49097 on Tuesday, January 4, 2022, with a time for visitation beginning at 11:00 a.m. until the time of service at 12:00 noon. Hascall will be laid to rest at Vicksburg cemetery immediately following the service.

Memorials made in Hascall’s memory may be directed to the Wounded Warrior Project. Envelopes are available at the funeral home.

Please take a moment to visit Hascall’s tribute page and light a candle or share a memory with the family. The Baker family is being assisted by Avink, McCowen & Secord Funeral Home, 409 S. Main Street, Vicksburg, MI 49097. 269-649-1697.

To order memorial trees or send flowers to the family in memory of Hascall D Baker, please visit our flower store.