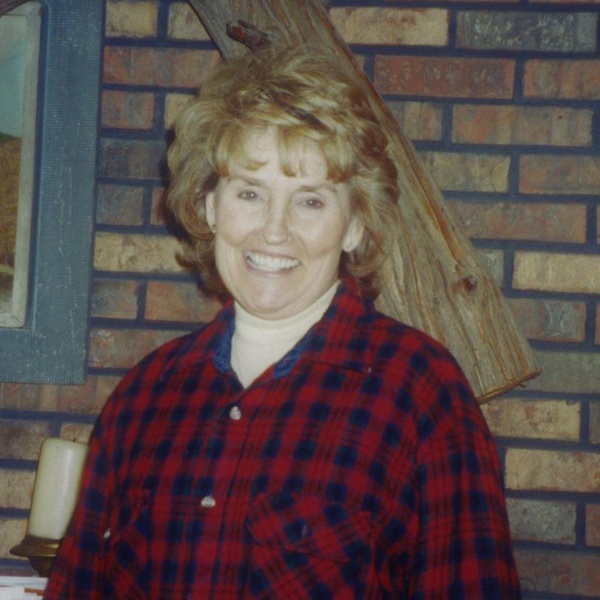 To have known Ila Kinder was to love her. Larger than life, Ila added much to the lives of others with her determined spirit and sense of adventure which was only unmatched by her love of family. A very social woman, Ila added flair and a bit of classy extravagance, along with her unending, sassy nature wherever she went. Above all, Ila was a tremendous woman to know and love which was clearly evident in the many friendships she shared. She was never afraid to try something new, and approached life with enthusiasm. Deeply missed, thoughts of Ila will be forever remembered. Born in Cotton Plant, Arkansas, Ila was raised in nearby Hunter, Arkansas and was the second of eventually six children in the Sieber household, joining her older brother, Tom, and later welcoming her younger siblings, Carl, Karen, Peggy, and Nadine. The daughter of cotton farmers, Ila and her family were not strangers to hard work. Even as a little girl she worked the cotton fields alongside her parents. Always an outgoing as well as outspoken girl, Ila was a friend of many and went on to graduate from Brinkley High School in Brinkley, Arkansas with the Class of 1964. After high school, Ila began working for a shirt factory. It was in the early 1960’s when she went on a double date with Leland “Buddy” Kinder, and his best friend, Harold, and his date. Since Buddy was too shy to give Ila a kiss, and just to be funny, Harold stepped up to the plate and gave her a kiss for him! Ila and Buddy began dating and were soon married. They shared the love of two children, Mischelle and Mark who brought much joy and love into Ila’s life. For the most part, Ila remained at home with her children and looked after their household, although she did take on several odd jobs here and there throughout the years. Ila was one of a kind. She added spice to life with her often sassy flair and could prove to be a little feisty at times, too. She possessed a strong willed nature and a filter was never to be found when choosing her words as Ila told it like it was. A very detail oriented woman, she lived her life with a class all her own, particularly when it came to pizzazz and oomph complete with Cheetah prints and fancy diamonds. Red was her favorite color which matched her outgoing personality in many respects, however, she was just as comfortable in her red flannels and turtlenecks. While she cooked many family favorites over the years, Ila loved baking zucchini bread and making her delicious fried potatoes which her family enjoyed. Although she and her family never traveled much, Ila always looked forward to her trips back to Arkansas to attend the Sieber family reunions each year in May. Times were certainly a struggle for Ila and her family when sadly her husband, Leland “Buddy” passed away in addition to her son, Mark. Ila treasured her many and dear friendships. Memorable times were shared with her kayak girls, Terri Simmonds, Betty Mayo, Dianna Richardson, Mary Wesoloski, Marti Wydick, Cindy Bosier, and Sheila Guarisco. Having been next door neighbors for over 50 years, she was also good friends with Linda Simons. Not to ever be forgotten was Judy Santek, Linda Porlier, and Jennie Bell who, for about ten years, experienced fun-loving times together going on their annual trips to Fan Fare in Nashville. Ila absolutely loved country music and even met Blake Shelton. With much to be remembered, Ila made her way in the world with ways all her own. Honest to the core, Ila never minced words and people knew when she meant business. Her determination knew no bounds yet she was classy all the same. She liked anything fancy, and was at her best in social settings surrounded by family and friends. Although she will be deeply missed, thoughts of her will bring loving smiles to the many faces of those who knew and loved her best. Ila Rhe Kinder, of Vicksburg passed away on Wednesday, April 21, 2021 at the age of 75. She is survived by her daughter, Mischelle (Jim) Korelich of Vicksburg; three grandchildren: Logan (Joe) Schuiteboer of Kalamazoo, Ally Stafinski of Mendon, Olivia Kinder of Portage; and Audrey Koewers; siblings: Thomas Sieber of AR, Carl Sieber of Vicksburg, Peggy Sullivan of AR, and Nadine (Bob) Freeland of AR. She is also survived by her special friend, Walter “Buck” Buckallew. Ila was preceded in death by her husband, Leland “Buddy”; son, Mark Kinder; and by her sister, Karen. Ila has been cremated and the family will have a memorial service Wednesday, July 21st, 11am at McCowen & Secord Funeral Home, 409 S. Main Street, Vicksburg, MI 49097 (269) 649-1697. The family will greet friends one hour prior beginning at 10am. While at www.mccowensecord.com, please take time to sign Ila’s guestbook by lighting a candle and/or sharing a memory with her family. The family is being assisted by the McCowen & Secord Funeral Home, 409 South Main, Vicksburg, MI 49097 (269) 649-1697.
To order memorial trees or send flowers to the family in memory of Ila Rhe Kinder, please visit our flower store.