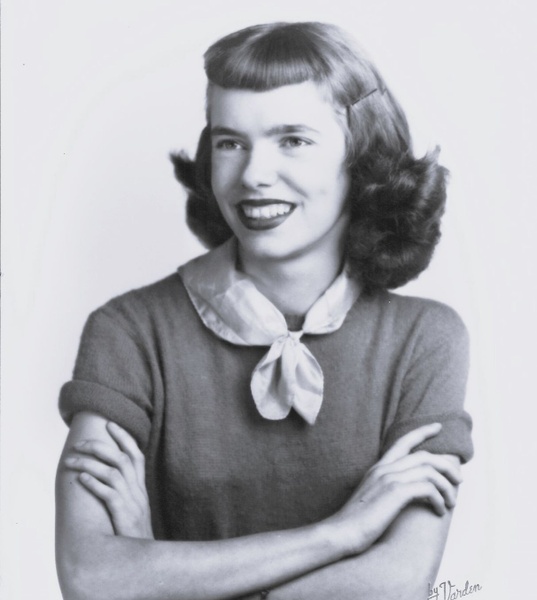 Ilah Gay Henderson passed away May 25,2022. She was born in Tyner, Indiana on August 27, 1935 to the late Haven and Lennia Reid. After moving to the Kalamazoo area during her childhood she later met and married her best friend and love of her life, Howard Henderson.

God was always first in her life, followed closely by her wonderful family. She was an active church goer her entire adult life at Fourth Reformed Church and later Martin Reformed.

Ilah was a stay-at-home mom during the early years of her children’s lives, but as they grew older she held various positions at local green houses, assisted the Oakwood Methodist Church food pantry, and worked for Kit Moss Productions. Ilah was awarded the Kalamazoo County Silver Salute Award from the Extension Home Economics Program of Michigan State University where she volunteered for more than 10 years in the Kalamazoo Association of the Extension Homemakers by serving on the council and chairing several projects. Her service included teaching food preservation via the Expanded Food and Nutrition Program and being a resource on herbs, easy elegant entertaining, and the Michigan court system. For several years in the 90’s she assisted with coordination of the Kalamazoo area CROP Hunger Walk to assist communities around the world who suffer from hunger, poverty, displacement, and disaster.

Ilah and Howard were avid world travelers. In the 80’s they visited the United Kingdom on several occasions. In the 90’s they extended their travels to include Australia, Egypt, and Israel. Ilah traveled to Honduras & Belize with Church World Services. The traveling didn’t end as they grew older, they went on many cruises in the Caribbean, Central America, and Europe. After traveling to Florida in 1994 with Samaritan Purse to provide services for those effected by Hurricane Andrew, they began to make yearly trips to Panama City Beach for the winter for well over a decade.

An avid historian for her own family throughout her life, Ilah later became a trustee and historian for the Oshtemo Historical Society. She found joy restoring, teaching, and working open houses of the Drake House. Throughout her life she also enjoyed painting, reading, gardening, fishing, family vacations to amusement parks, and spending time with family and friends.

She was preceded in death by her beloved husband of 65 years Howard Henderson, two of their children Daniel Henderson and Julie MacArthur, and brothers Haven Jr. and Eugene.

A private service is planned for this summer. Ilah would love to be honored by donations to the Oshtemo Historical Society or by opening your heart with simple act of kindness for another individual.

While at www.amsfuneralhomes.com please take time to sign Ilah’s guestbook and/or share a memory with her family.

To order memorial trees or send flowers to the family in memory of Ilah G. Henderson, please visit our flower store.