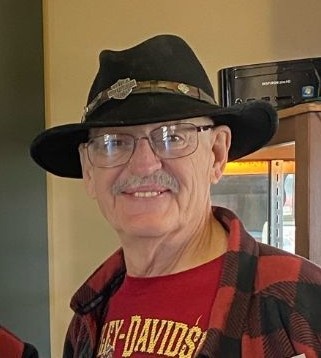 James “Ed” Halcomb of Portage, MI passed away at home on June 24, 2022, at the age of 72. Ed was born in Fort Campbell KY on June 22, 1950, to James Earl and Mary Joan (Sexton) Halcomb. He graduated from Portage Northern in 1968 and then was SP5EENT Specialist in the U.S. Army from 1968 to 1971. After the Army, He earned his Fire Science Degree from KVCC and later received his master’s degree from Sienna Heights.  He worked as a fire fighter for 32 years and retired as a Captain. Ed enjoyed riding his Harley Davidson motorcycle, geocaching, ham radio, Model trains and traveling. He and Deb enjoyed traveling all over the United States and one trip to Europe. Ed also volunteered with the American Red Cross for over 40 years. He was also a member of the Schoolcraft American Legion Post 475.

Memorial contributions can be made to the American Red Cross or the Charity of your Choice.

While at www.amsfuneralhomes.com please take time to sign Ed's guestbook and/or share a memory with his family.

To order memorial trees or send flowers to the family in memory of James "Ed" Halcomb, please visit our flower store.