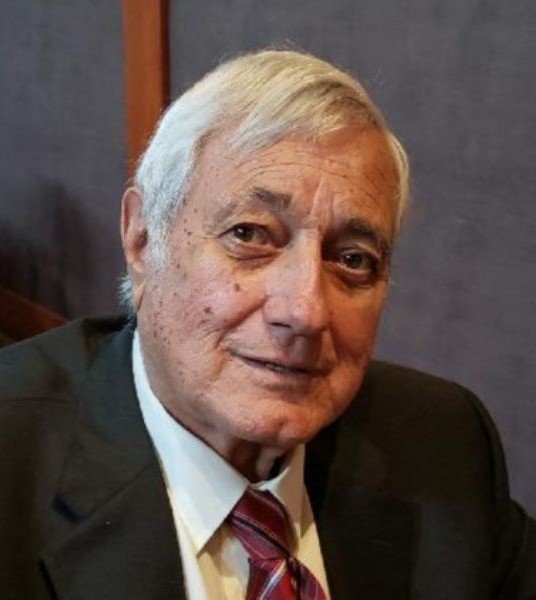 Jim was born on April 25, 1934 to James and Lena (Ghigo) Percich in Coalgate, OK. His family moved to Joilet, IL when he was nine years old. He graduated from Joliet Township High School with the Class of 1953. His high school All-Star basketball career earned him a college scholarship to the University of Louisville. On September 12, 1954 he married Sandra Smith in Joliet, IL, and the two moved to Michigan. Jim went on to further his education at Western Michigan University earning two Masters Degrees. He started his career in Kalamazoo Public Schools in 1957, and worked as an Teacher, Coach (Basketball and Football), Assistant Principal, Principal, and Mentor in Kalamazoo, retiring in 1993. Jim enjoyed helping shape student's lives and was instrumental in many of his student's  lives and their achievements, and still receives cards from many even after he retired. One of his highlights was taking the high school hockey team to Russia.

He loved living on the farm in Schoolcraft where he would come home after working at school, get on his tractor and leave his troubles of the world behind. He raised cattle and sold "organic" beef before anyone even knew what that meant! Jim and Sandy bought the farm in 1961, and in 1985 fulfilling his grand dream, platted the farm and Woodbrook Estates residential community was born. In 2007, the second expansion, Woodbrook East #1 began.  His dream lives on with the continuation of Woodbrook East #2.

In 1993, the lure of full time lake living called and he and Sandy moved to the lake house. His greatest love was spending time with his beloved wife, family and life long friends at the lake house, boating, golfing, traveling, and “Moving Rocks”. There are such great memories of travels taken on many, many cruises, and traveling the world with Sandy, family and friends. He loved laying in the sun, boat rides around the lake and sunset cruises. Nothing pleased him more than having his family home every summer at the lake, and having dinner for all 40 people!

In later years he and Sandy moved from the lake to condo living in Portage which turned out to be a very pleasant place to finish living out his life. Jim suffered many health problems over the years, but was always able to rise above them. He was a cat with many lives.

Memorials may be made in Jim’s memory to the First Presbyterian Church of Schoolcraft. The family requests no flowers please.

While at www.amsfuneralhomes.com please take time to sign Jim's guestbook and/or share a memory with his family.