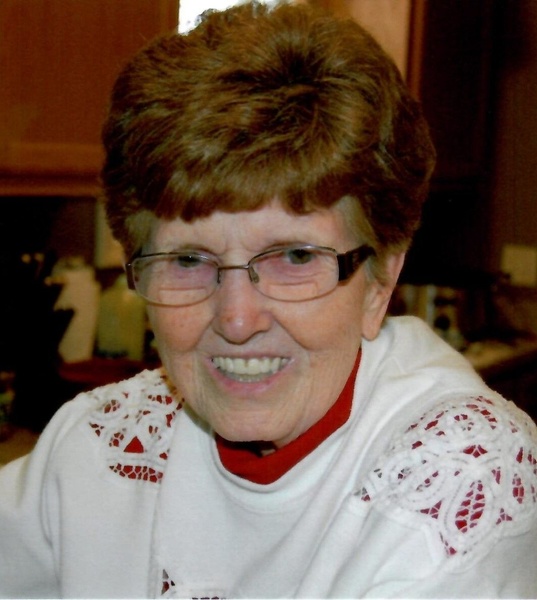 Janet Ann Rantz, of Shelbyville, MI, passed away surrounded by her family on Wednesday, May 25, 2022. Janet was born October 3, 1933, in Prairieville, MI to Earl and Margaret (Parker) Johncock. She is survived by her husband of 71 years, Harold; her children: Ron (Melodye) Rantz, Don Rantz, Darlene (Knick Knickerbocker) Rantz, Dean Rantz, Kelly Rantz and Margie (Brian Gordon) Day; 11 grandchildren; 26 great grandchildren; 10 great great grandchildren; her sisters-in-law: Gail Rantz and Marian Boston as well as several nieces and nephews.  Janet is proceeded in death by her parents; her great grandchild Gunner and two brothers: Edward and Nolan.

Janet was a member of the Otsego United Methodist Church. She enjoyed making apple dumplings at the church.  Janet loved all family gatherings – you never left hungry as she was an amazing cook. Family was her greatest love and she will be dearly missed.

In Lieu of flowers, memorial contributions may be made to the Otsego United Methodist Church or Elara Care Hospice of Grand Rapids.

To order memorial trees or send flowers to the family in memory of Janet Ann Rantz, please visit our flower store.
Send a Sympathy Card