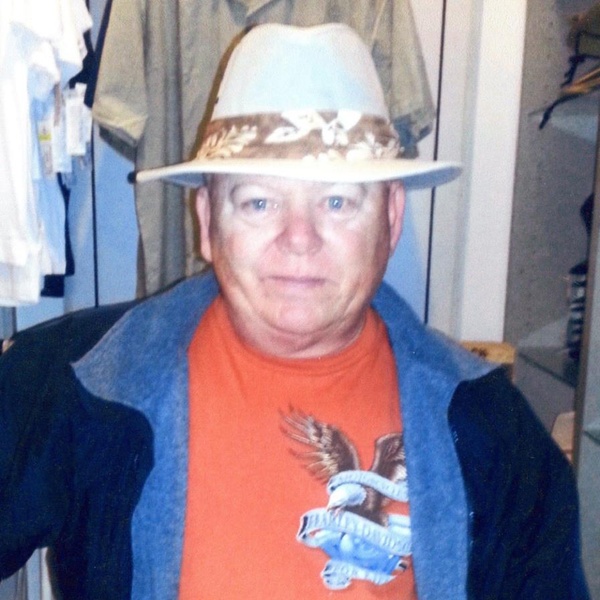 The phrase ‘Not all those who wander are lost’ is often attributed to a variety of different literary sources, but one thing is certain: Jeffrey Lynn Woody’s travels filled his life and the lives of his loved ones with joy. With a passion for the wide-open road, Jeff saw a lot of places and logged a lot of miles, both for work and with his family. Now Jeffrey has completed his final trip but will be fondly remembered by all who knew him as a caring, supportive, and hardworking man who loved his family. Following the conclusion of World War II, the 1950s saw the heart of the Baby Boomers era. America’s economy was thriving and those working were earning more money and were able to afford luxuries such as cars, washing machines, and TVs. Elvis was rocking himself through the years, and kids could play outside without the concerns that so many of today’s parents face. Gas was affordable at twenty cents a gallon, and auto enthusiasts enjoyed many memorable models: the Chevrolet Corvette, the Ford Thunderbird, the Oldsmobile Rocket 88, and the Rambler Rebel. To be sure, it was a wonderful time to be alive, and families were growing as a result. The Woody family grew by one incredibly special member on September 6, 1953, when proud parents Paul and Lucille (Gordon) Woody of Pontiac, Michigan welcomed the birth of their youngest son, Jeffrey Lynn Woody. The Woody’s already had one son, Robert, and the addition of Jeff completed the family. Jeff’s mother worked in retail for much of his childhood; sadly, Jeff’s father had passed away when he was still young. Jeff attended North Shore High School in Florida and graduated in the class of 1971. Perhaps the most significant part of his high school years had little to do with his education at all—as a high school senior, Jeff met the love of his life, Charlene Derksen. Even though Charlene was two grades behind Jeff in school, the two youngsters attended the same church. Fortunately for him, her family had just one rule: she could only date someone who also attended their church. After high school Jeff initially chose to enroll in college, but ultimately decided that life had a lot more to offer outside of the academic world. He and Charlene dated for four years and were married on April 26, 1975, at North Eastern Baptist Church in Kalamazoo, MI. Together the happy couple had three children: Heather, Michael, and Kim. Jeff was a good father and loved traveling with his family. Many fond memories were made by all on those memorable family vacations. Jeff was the family travel expert, as he always knew the location of all the construction zones no matter where the trip was taking them. Jeff was always a hard worker and up until his 40’s he worked as a mechanic, and then he became a truck driver for Schneider. Jeff was an owner-operator truck driver and was still working for Griffin Transportation where he had been working for over 12 years. Griffin Transportation, Inc. was incorporated in 2008 and is known for having a team of drivers that are the best in the industry. Griffin holds strong core values at the center of their company: mission, honesty, integrity, respect, and service. While working at Griffin, Jeff logged over one million miles in ten years! This passion for seeing the world led him on adventures to 48 states during his life. Despite living in the Great Lakes State where the spring, summer and fall can bring perfect grilling weather, Jeff was not the family go to for cooking burgers and hotdogs since he usually burnt them. Instead, Jeff preferred to stick with his specialty: breakfast. Often Jeff was found whipping up his staples of bacon, eggs, toast, grits, and biscuits for all to enjoy. Jeff’s three children blessed him with eight grandchildren whom he loved and cherished. So many people go through life without ever traveling far from home, but Jeff was certainly not one of them. He lived life to the fullest and kept his passion for traveling and experiencing new places at the forefront of his mind, never allowing anything to change that. Adventurers everywhere can admire such a special quality. Jeff’s favorite phrase was “the good thing about opinions, they are free.” I think all can agree, however, the opinion of all those who knew and loved him is that Jeffrey Lynn Woody will be remembered as a man who never stopped wandering this great world. Jeffrey Lynn Woody, of Plainwell passed away on Monday, June 7, 2021 at the age of 67. He is survived by his wife of 46 years, Charlene; two children: Mike Woody, of Otsego; Kim (Randy) Brindley, of IN; eight grandchildren: Stormy Skydancer, Cimarron Spirit, Shadow Wolf, Kieran Thunder, Brylea, Alivia, Lia, and Cody. He is also survived by his brother: Robert (Jaci) Woody, of Detroit; a nephew and several cousins. Jeff is preceded in death by his daughter Heather; and his parents, Paul and Lucille. A funeral service will be held on Saturday, at 1pm at the McCowen & Secord Funeral Home, Marshall-Gren Chapel, 120 South Woodhams, Plainwell. The family will have a visitation at the funeral home on Saturday from 11am until 1pm. While at www.mccowensecord.com please take time to sign Jeff’s guestbook, and/or share a memory with the family. Those that wish may make contributions to the American Heart Association.
To order memorial trees or send flowers to the family in memory of Jeff Woody, please visit our flower store.