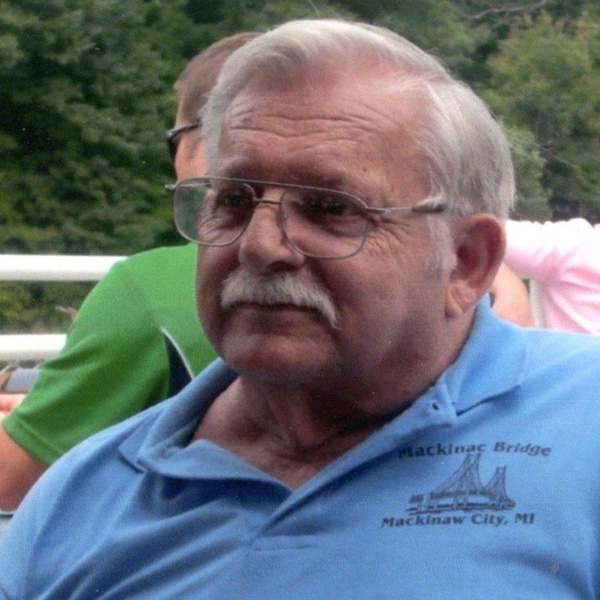 Gerald "Jerry" Shumaker of Plainwell, passed away on Thursday, August 5, 2021 at the age of 81 at Wings Home. Jerry was born on February 5, 1940. He was the son of Harold and Nina "Mae" (Bixler) Shumaker. He graduated from Plainwell High School in 1958. He worked as a dispatcher for a trucking company in Kalamazoo for over 30 years. Jerry married Judy Flegal on August 21, 1964. Together they had two sons, Mike Shumaker and Mark Shumaker. In addition to his wife and sons, he is survived by his "favorite" mother-in-law, Mary Flegal; sisters-in-law; and several nieces and nephews. He was preceded in death by his parents; his brothers Dick, Don, and Jack Shumaker; and his father-in-law, Larry Flegal. He was also preceded by his pet dogs Sammy Shu and Granddog Charlie as well as Tugger and Sabrina. While Jerry was raising his sons, he enjoyed taking his family on summer vacations, traveling to places such as Colorado, New York, North Carolina, and the Mackinac Bridge. He enjoyed sports and coached his sons' Little League baseball teams. Jerry enjoyed playing computer solitaire, sitting by the pool, going for coffee with friends and doing lots of crossword puzzles. He supported the Detroit sports teams as well as Michigan football and basketball. He was a member of the Elks Club in Otsego for many years. Jerry has been cremated and there will be a visitation on Friday, August 5, 2022 from 1-2 PM at Avink, McCowen & Secord Funeral Home, 120 South Woodhams, Plainwell, MI 49080. A memorial service will follow at 2 PM. The family is suggesting that donations be made to the Wings of Hope Hospice Home, 330 Linn St., Allegan, MI 49010. While at www.mccowensecord.com please take time to sign Jerry's guestbook, and/or share a memory with the family. The Shumaker family is being cared for by the Avink, McCowen & Secord Funeral Home, Plainwell Chapel, 120 South Woodhams, Plainwell, MI 49080 (269) 685-5881

To order memorial trees or send flowers to the family in memory of Jerry Shumaker, please visit our flower store.