With a warm smile and a welcoming heart, Joan C. Postula lived a life rich in family and friends. Always happy, Joan had a natural way of putting others at ease, especially children. Her Irish humor and genuinely sweet personality proved a safe harbor in life's storms for many. A devoted wife, mother, grandmother and great grandmother, Joan relished in caring for her family and ensuring their wellbeing. Cherished by many, Joan will long be remembered and ever so missed. Despite the obvious gloom of the Great Depression, the power of hope undulated in the hearts of many. With a natural drive to not just endure but thrive in the face of uncertainty, the nation continued to put one foot in front of the other to build a better future. Nowhere was there more hope for the future than in Marshall, Michigan as Clytus "Charile" and Frances (Rogers) Carr as they welcomed their daughter Joan into their hearts and home on May 13, 1932. Growing up in Marshall during the 30s and 40s, Joan experienced the time's challenges and blessings. As both of her parents were school teachers and restaurant owners, her childhood was firmly rooted in the values of education, hard work, and family. She and her younger sister Jean attended Marshall Public Schools and often worked at the restaurant in their spare time. Joan proudly graduated from Marshall High School in 1950. Though Joan met William "Bill" Postula, while still in high school, they didn't date until after they both graduated. They fell in love and soon set their eyes on spending the future together. On July 23, 1955, they married and officially began their 63-year adventure together. While Bill served in the Army from 1955 until 1957, Joan focused on creating a wonderful home. After living in Indianapolis, Oklahoma, and Fort Wayne, Bill and Joan eventually settled in Portage. In time, the happy couple welcomed four children to their family. Marilee, William, Thomas, and Jeffrey quickly became the centers of their lives. While Bill provided for the family through his work in the life insurance industry, Joan tended to the children. Despite her efforts, Joan was never much of a cook. Her children quickly learned that the fire alarm's blare was their family's dinner bell. Regardless of her lack of kitchen skills, Joan was the heart of the Postula Family home. In her eyes, her children easily saw their worth and the love she enveloped them in. When her youngest son was old enough, Joan made the transition from full-time homemaker to a working mother. Merging her affinity for young people with her desire to be of service, Joan found work in the guidance office at Portage West Middle School. As in her home, Joan became the heart of the guidance office. She greeted staff and students with a signature warmth, a ready smile, and an eagerness to support them in any way she could. As her children grew and created families of their own, Joan's joy grew even greater. She welcomed her role as a grandmother with honor and love. Her five granddaughters, five grandsons, and great-grandaughter were her heart's delight, and she cherished every moment she shared with each of them. Joan was their biggest fan. She proudly encouraged and cheered on each of their endeavors. Attending their special events was always a highlight for Joan. Joan enjoyed the simple pleasures of knitting, curling up with a novel, and anything to do with water. Whether a walk along the lakeshore, a boat ride, of a summer swim, Joan welcomed any water adventure with enthusiasm. She and Bill especially enjoyed taking several cruises and wintering for the past 20 years in Honolulu. A gift to all who were blessed to know her, Joan will long be treasured in the hearts of those she loved. And while she will be deeply missed, her legacy will be proudly carried forward. With each warm smile we greet another, beach day we enjoy, book we explore, and knitted afghan we curl up in, we celebrate the many ways Joan gifted us. And in so doing, we keep her spirit alive and inspiring others as she so inspired us. Joan C. Postula, 88, of Portage, passed away on Tuesday, June 9, 2020. She is survived by her four children: Marilee (Albert) Applegate, of KY; William (Jazz) Postula Jr, of TX; Thomas (Rosella) Postula, of Portage; Jeffrey (Cheryl) Postula, of Portage; five granddaughters: Megan, Cristina, Angela, Anna, and Sienna; five grandsons: Michael, Christopher, Bradley, Brett, and Jack; one great-granddaughter, Olivia; one sister Jean Kelsey, of Ann Arbor and several nieces and nephews. A funeral service will be held for Joan on Monday, June 15, 2020 at 11am at the Avink Funeral Home & Cremation Society, 5975 Lovers Lane, Portage, MI 49002. The family will greet friends on Monday beginning at 10am until the time of the service. Burial will be at St. Mary's Cemetery in Marshall following the service. While visiting Joan’s webpage at www.avinkcremation.com please take time to sign the guestbook by lighting a candle and/or sharing a memory with the family.

To plant memorial trees or send flowers to the family in memory of Joan Postula, please visit our flower store.

The memories of Joan Carol go way back to 1936 when she loved and fussed over me like a little mother. My entire family has strong, loving ties to the Carr, Kelsey, and Postula families. Thank you, Joan, for your good life and love for us. Blessings on all your family. With love, Susan Gray Nordlinger and family

1 file added to the tribute wall

Brad, Michele and sister Jeannie purchased the Arrive in Style for the family of Joan C. Postula.

Dave and Sonya Labrecque purchased the Sweet Tenderness for the family of Joan C. Postula.

Your Merck District Family purchased the Simply Elegant Spathiphyllum for the family of Joan C. Postula.

A candle was lit in memory of Joan Postula

Friends and Family uploaded 2 to the gallery. 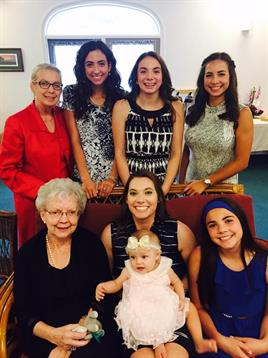 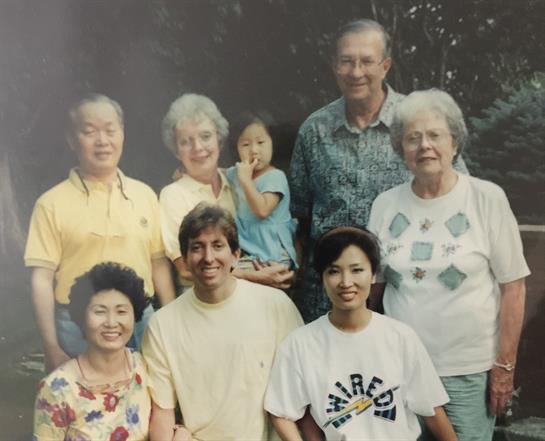