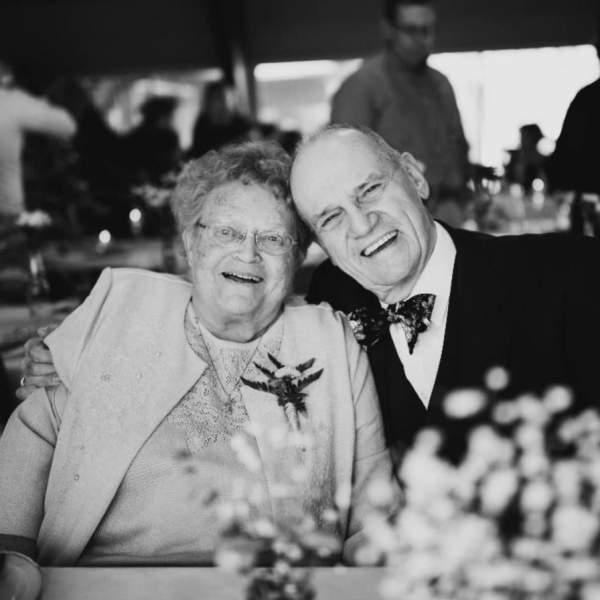 Dolores Ann and Joel Lee Shaffer, of Schoolcraft passed away on Friday, May 7, 2021. Dolores was born on October 1, 1936 in Ashland, OH. She was the daughter of Adrian Lawrence and Annabelle (Rannals) Ewing. Joel was born November 13, 1937 in Mount Gilead, OH. He was the son of O.J and Donna (Newcomer) Shaffer. Dolores and Joel were high school sweethearts, and graduated from Cardington High School with the Class of 1955. On November 9, 1954 they were married in Indiana. Together they raised three children: Melody, Michael, and Teresa Dolores worked as a secretary for Western Michigan University and Schoolcraft United Methodist Church. Joel was a retiree as an engineer for General Motors Fisher Body. He received his Associates Degree from Kalamazoo Valley Community College. Joel and Dolores were faithful members of the Schoolcraft United Methodist Church. At church Dolores was an active member of the Women’s group and Joel was a lay minister. They enjoyed spending time with their family, camping and traveling. Joel was a member of the Masonic Lodge and Dolores was a member of the Eastern Star. In Joel’s spare time he enjoyed woodworking, gardening and bicycling. Dolores enjoyed genealogy, ceramics and quilting. They are survived by three children: Melody (Mark) Stieve, of Allegan; Michael (Pam) Shaffer, of Portage; Teresa (Charles) Paradine, of Schoolcraft; 10 grandchildren and 15 great grandchildren. Also survived by Joel’s sister, Leona (Ernie) Benedict, of IN; and several nieces, nephews and cousins. Dolores is preceded in death by her parents Annabelle Ewing and Adrian Lawrence; one sister Judy Beacom. Joel was preceded in death by his parents O.J and Donna Shaffer. The family will receive friends on Thursday from 10 to 12noon at the Schoolcraft United Methodist Church, 342 North Grand Street, Schoolcraft, MI 49087. A graveside service will follow at Schoolcraft Cemetery at 12:30. In accordance to the State of Michigan COVID precautions, those that plan to attend the visitation and graveside, are asked to wear mask and social distance. At the graveside service, a drive will be left open for elder to be dropped off, and attendees are encouraged to bring a chair to sit. While at www.mccowensecord.com please take time to sign Joel and Dolores guestbook by lighting a candle and/or sharing a memory with the family. Those who wish may make contributions to the Schoolcraft United Methodist Church, American Heart Association, and Arthritis Foundation. The Shaffer family is being cared for by the McCowen & Secord Funeral Home, 409 South Main, Vicksburg, MI 49097 (269) 649-1697.
To order memorial trees or send flowers to the family in memory of Joel and Dolores Shaffer, please visit our flower store.