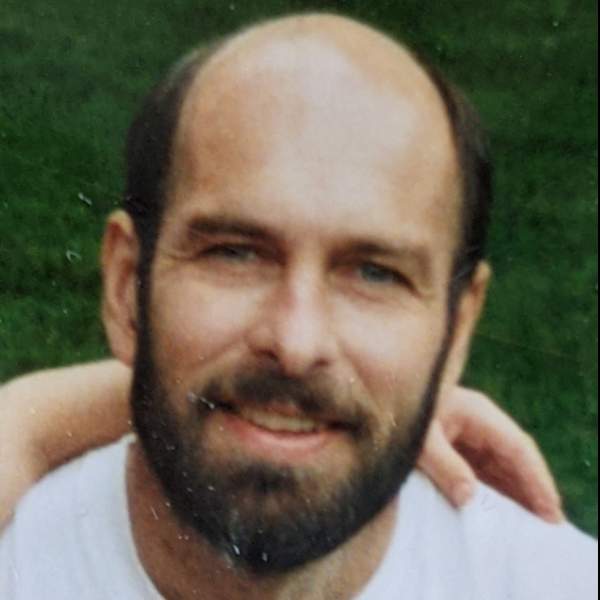 John died suddenly on July 6, 2021. He was born June 8, 1947, in Plymouth, Wis., and his date of birth coincidentally matched his sister Karen’s birth-date three years prior. He was one of five children born to Eleanor and John Buelke. The family eventually moved to Kalamazoo, and John wound up staying in the area for his entire life. He is survived by his beloved wife Margie, his two sons Robert and Brian, two sisters Karen Parrish and Barb Dircks, and a host of nieces and nephews on both sides of the family. He was preceded in death by his parents and a sister, Jeanne. John grew up during time when soapbox derbies, baseball, and riding bikes until the streetlights came on ruled the day. His neighborhood was made up of large families who met for marbles and kick-the-can; these were formative activities and John continued to love playing and staying active his entire life. John attended University High through middle school and went on to graduate from Kalamazoo Central High School. He then graduated from Western Michigan University where he obtained a teaching degree (with additional majors in mathematics, history, and religion) before the military decided they had different plans for him. Once drafted, he was stationed at Fort Knox, in Louisville, Ken. and served as a Chaplain’s Assistant. While in Louisville he met his future wife Margie Baker (Buelke.) After completing his service John and Margie returned to Kalamazoo where John began teaching at South Junior High School. He continued teaching for the remainder of his career and eventually retired from Mattawan High School. John was a husband and father, a brother and uncle, a son, and a friend to many with whom he played racquetball and pickleball. He loved reading mysteries and was a farmer at heart, as well as a traveler, veteran, builder, and lover of all things he grew in his garden. His roles evolved as age, interests, and hobbies increased, though he continued to tend to the community garden he started at the Schoolcraft United Methodist Church in Schoolcraft, Mich. He passed from a sudden heart attack while doing what he loved, surprising everyone and leaving many with broken hearts. In accordance with the family's wishes cremation has taken place and a memorial gathering has been scheduled for Thursday, July 15, 2021, at the Schoolcraft United Methodist Church, 342 North Grand Street, Schoolcraft, MI 49087 with a time of visiting from 11:00 a.m. until the time of service at 12:00 noon. While visiting John’s webpage at www.avinkcremation.com please sign the guestbook by lighting a candle, and/or sharing a memory with the family. The family is being assisted by the Avink Funeral Home & Cremation Society, 129 S. Grand St. in Schoolcraft. 269 679-5622 In lieu of flowers, friends and family are invited to honor John by supporting South County Community Services – and perhaps by planting a rose bush in their garden.
To order memorial trees or send flowers to the family in memory of John Arlon Buelke, please visit our flower store.