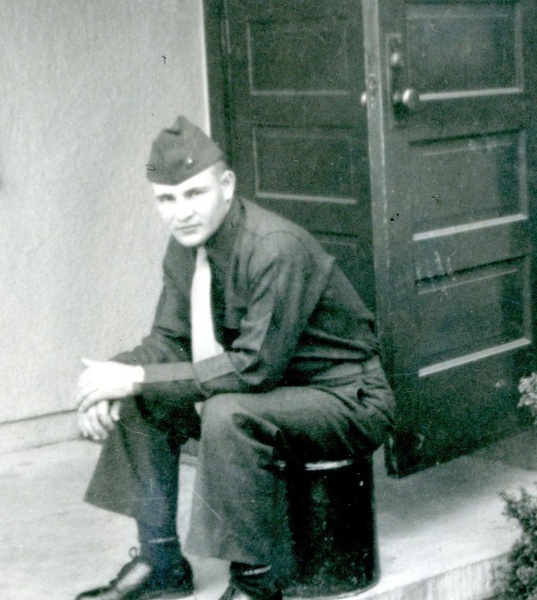 John Clint Rhoderick of Plainwell, MI went to be with his Lord on Feb. 13, 2022, with family by his side. John was 91 years old. He was born in Jasonville, Indiana on February 6, 1931, to Clint and Florence (Fletcher) Rhoderick. After the family moved to Michigan in 1940, John would return to Indiana to visit his cousins.  On one of those visits in 1951, John met Mary Love of Clay City, Indiana. Upon returning to Plainwell, he proudly announced to his mom that he had met the woman he would marry, which he did in1954. John served his Country in the U.S. Marine Corps for over 20 years. He served multiple tours in both the Korean War and the Vietnam Conflict. After retiring from the Corps, he worked as an instructor in the Allegan County Vocational Technology Program until he permanently retired in 1999.  John and Mary attended the First Baptist Church in Plainwell where John continued his life of service to others by teaching Sunday School and driving the Church bus.  John also took much pleasure in spending time with his two granddaughters.

While at www.amsfuneralhomes.com please take time to sign John’s guestbook or share a memory with his family.

To order memorial trees or send flowers to the family in memory of John Clint Rhoderick, please visit our flower store.