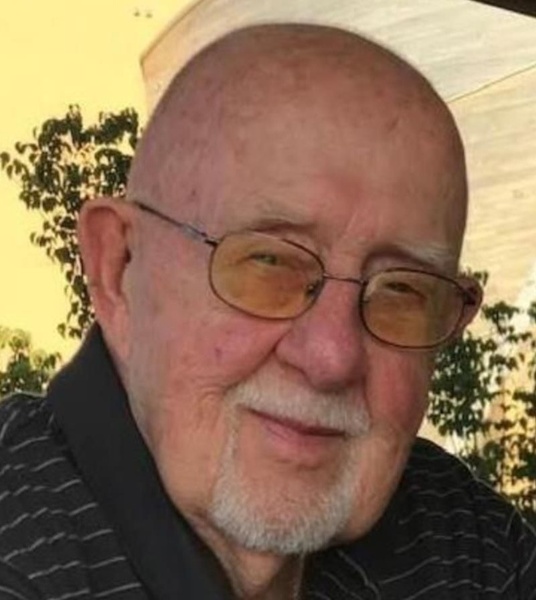 John F. Scheel went to be with the Lord, December 9, 2021, in Kalamazoo, Michigan. Born September 18, 1935, in Muskegon, Michigan to Louis and Amelia Scheel. John retired from Comstock Schools where he taught for 27 years. He was a big University of Michigan Fan, even though he had a Bachelor’s and Master’s Degrees from Western Michigan University. John loved spending his winters in Lake Havasu City, Arizona where he made many good friends. He was an avid golfer. He truly loved his family and close friends more than life itself. John valued the time he could spend with them. He also loved the Lord and his church. He was preceded in death by his parents and his seven siblings. John was also preceded in death by his wife and soulmate of 36 years Marilyn. He is survived by his seven children John Scheel, Jim Scheel, Janet Scheel, Julie (Tim) Fish, Teresa (Larry) Rayman, Sally Mangles and Scott Mangles. Also surviving are 12 grandchildren and 14 great grandchildren. Cremation has taken place. Per John’s wishes, no services will be held at this time. Memorial donations under John’s name can be given to: Centrica Rose Arbor of Kalamazoo www.centricacare.org or Christian Neighbors of Plainwell www.christianneighbors.org Two organizations John supported.

To order memorial trees or send flowers to the family in memory of John F. Scheel, please visit our flower store.
Send a Sympathy Card