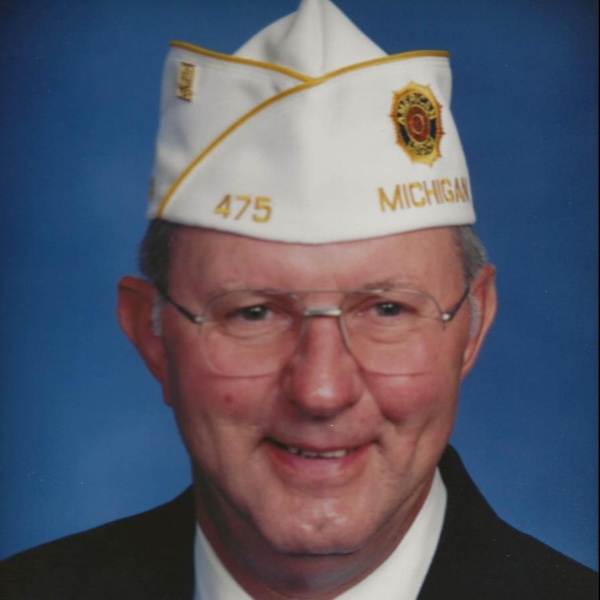 John H. Skinner II passed away on August 31, 2021, with his wife and daughters by his side. John was born on February 17, 1942 in Sault Saint Marie, Michigan to Jean (Palmer) and John Skinner. He was a life-long resident of Michigan, living in Schoolcraft the last 43 years. John graduated from Newberry High School in 1960. He proudly served in the United State Army from 1967 to 1969. On December 20, 1967, he married the love of his life, Jacklyn (Maile) Skinner. John will be remembered by his consummate storytelling, dry sense of humor and infectious laugh. He loved to hunt, fish, golf, spend time with his grandchildren, read, and French vanilla ice cream. John was always willing to lend a hand to friends, neighbors, or the organizations in which he was affiliated with. John is survived by his wife of 53 years, Jackie; their four children: Amy Kweton of Libertyville, IL; Beth (Carl) Vause of Concord, MA; Gary Brundige, of Three Rivers, MI; Tim Brundige, of Three Rivers, MI; seven grandchildren: Maya and Emmett Kweton, Catherine and Max Vause, Erika (Randy) Gose, Staci (Bryant) Haas, and Leah (Keith) Salzman; nine great grandchildren: Lucas and Hayden Salzman, Miles, Deakon, Areanna Gose, and Connor, Landon, Bayleigh and Brayden Haas; his sister Jean (Ed) Brondyke of Newberry MI; and several nieces, nephews and cousins. John was preceded in death by his parents, Jean and John Skinner and an infant brother. Visitation will be at 10:00am, September 11, 2021 followed by a Celebration of Life at 11:00am. Both will be held at the First Presbyterian Church, 224 East Cass Street, Schoolcraft, Michigan. John will be interred at the Schoolcraft Cemetery. Donations in memory of John may be made to Hospice of Southwest Michigan, or a charity of your choice. While visiting John's tribute page at avinkcremation.com please take a moment to light a candle or share a memory with the family. The Skinner family is being assisted by Avink Funeral Home and Cremation Society, 129 S. Grand Street, Schoolcraft, MI 49087. (269) 679-5622.
To order memorial trees or send flowers to the family in memory of John Skinner II, please visit our flower store.