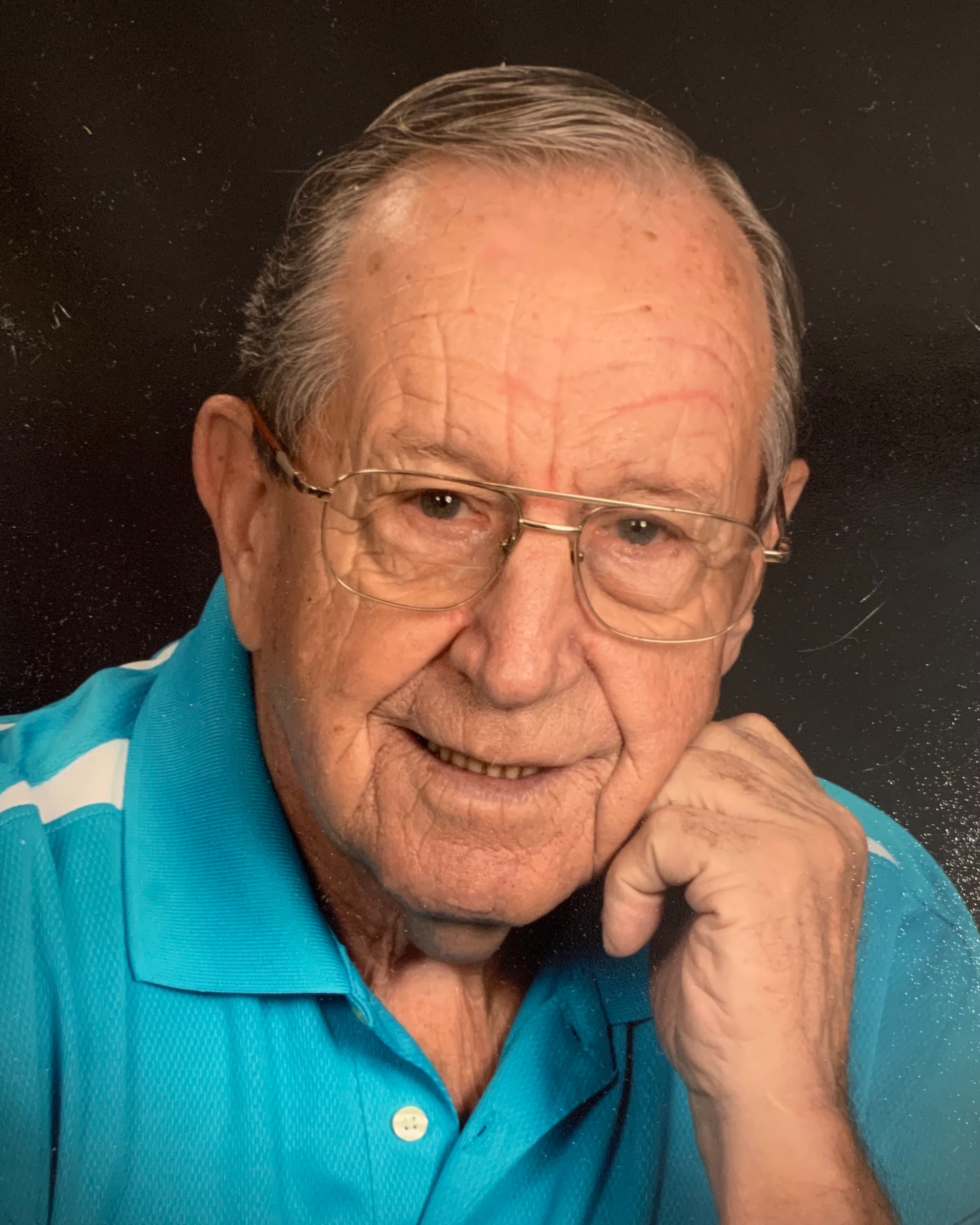 In his early years the family moved to a farm at Silver Creek. During those formative years Ken hitchhiked into Plainwell for football practice everyday. During his sophomore year in 1949 Plainwell High won the Michigan State Championship. Following graduation in December of 1951 ﻿Ken was drafted into the Marine Corps during the Korean Conflict spending 6 months in Japan.  He was in Motor Transport, 3rd Division, Company D. He was honorably discharged in January 1954 and went on to work for Fuller Manufacturing now known as Eaton Manufacturing. Ken enjoyed playing on their softball team and after thirty years of work he retired at the age of fifty-one. After his Eaton retirement, Ken worked at Bob’s Hardware for 6 years and at Auto Traders delivering magazines for 4 years. He then worked at Zieglers delivering cars for 20 years. During that time, his wife, Margie joined him driving and together they covered seventeen states.

In his golden years  he enjoyed bowling and playing golf. His interest in golf led him to the Pleasant Valley Resort in Rio Grande Valley, TX so he could play golf seven days a week. Ken and Marjorie wintered in Texas for twenty-six winters, during that time they also joined the local bowling league. An average day would start with bowling early in the morning, a quick lunch, and then tee off on the course at 12:30 p.m. He also enjoyed taking motorcycle trips with friends and even built a trike out of an old Volkswagen. In a similar vein he built a dune buggy out of angle iron that he loved driving around the dunes at Silver Lake when he would go camping with friends.

Ken is preceded in his passing by seven siblings and his parents.

In accordance with the family’s wishes cremation has taken place and a public memorial service will be held at Avink, McCowen & Secord Funeral Home, 120 South Woodhams Street, Plainwell, MI 49080, on Monday, November 7, 2022, with a time for visiting beginning at 2:00 p.m. until the time of service at 3:00 p.m.

While at www.amsfuneralhomes.com please take time to sign Kenneth’s guestbook and/or share a memory with his family.

To order memorial trees or send flowers to the family in memory of Kenneth Laverack, please visit our flower store.