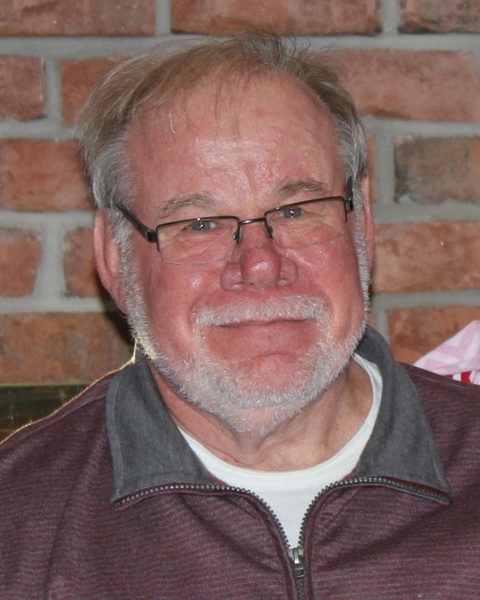 Larry C. Knowlton, of Vicksburg passed away at his home on Wednesday, September 21, 2022 at the age of 75. Larry was born on March 12, 1947 in Allegan, MI. He was the son of Johnie and Mary (Stoneburner) Knowlton. Larry graduated from Vicksburg High School and was a member of the Class of 1965. While in high school he played football, track, and basketball. After high school Larry began working at Houghton Manufacturing in Vicksburg. Shortly after starting though he needed to push pause and went to proudly serve his country in the United States Army. Larry served his country during Vietnam and was a combat veteran for two years. Once he returned from service, he went back to work at Houghton Manufacturing. In the late 1990’s he purchased the business from his father-in-law Glenn Houghton and worked there right up until the end of his life.

He married the love of his life, Linda Houghton, on October 26, 1968 at the Vicksburg United Methodist Church. Together they raised two sons: Andy and Doug. Larry and Linda enjoyed their annual trips up north with their family. In his spare time, he enjoyed spending as much time as possible with his family especially his grandchildren and their events. He carried a passion for cars and also enjoyed watching NASCAR and football. Larry will be remembered by his family as being family oriented, generous, a bit sarcastic, Patriotic, and he was known for working hard and playing hard.

Larry Knowlton is survived by his wife of just shy of 54 years, Linda; two sons: Andy (Heidi) Knowlton, of Zeeland; Doug (Michele) Knowlton, of Vicksburg; four grandchildren: Drew Downing, Waylon Knowlton, Danica Knowlton, and Jocelyn Knowlton. He is also survived by his sister: Susan Burns, of IN; and numerous nieces, nephews, and brother and sister-in-law’s.  Larry is preceded in death by his parents: Johnie and Mary Knowlton; and his in-laws: Glenn and Ruth Houghton.

The family will receive friends on Sunday from 2pm to 4pm at the Avink, McCowen & Secord Funeral Home, Vicksburg. A funeral service will be held on Monday at 1pm at the funeral home with Pastor Ryan Winningham officiating. Burial will be held with military honors at the Vicksburg Cemetery.

While at www.amsfuneralhomes.com please take time to sign Larry’s guestbook and/or share a memory with his family. Those who wish may make contributions to Centrica Care Navigators and/or the Leukemia & Lymphoma Society.

To order memorial trees or send flowers to the family in memory of Larry Knowlton, please visit our flower store.