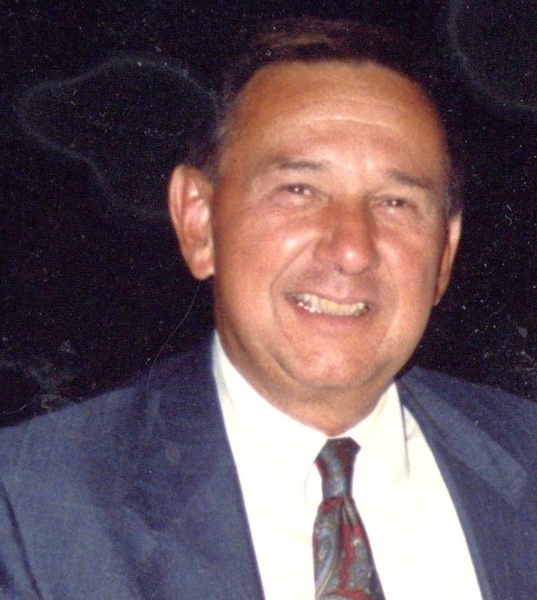 Deeply committed to his family, Leo Swiat’s life will be remembered as both loving and selfless. Jovial and outgoing as well as equipped with a strong work ethic, suited him well to work alongside a wide variety of people over the years. Successful throughout his life, Leo leaves behind a rich collection of wonderful memories for all who knew and loved him.
Musicals, comedies, and gangster pictures offered audiences an escape from the tough economic times of the 1930s. By 1937, radio broadcasting was a booming industry, the young pilot Amelia Earhart had disappeared over the Pacific making headlines, and California’s Golden Gate Bridge was completed. Leo and Marie (Holy) Swiat welcomed home their newborn son, Leo III, on September 29th in Kalamazoo, Michigan. He was born after the second Swiat baby, Leo Jr, had died shortly after birth. Raised as the youngest sibling to his older brothers, Richard and Thomas, his birth brought great joy to the family home.

While growing up, Leo lived a typical childhood of the times and was very intelligent for his age. At the tender age of four, he was featured in a local newspaper article titled, Orange Juice Away from Children. A reporter had run into Leo and his older brother at the local bank purchasing defense bonds. The young boys told the reporter that they intended to give their money to Uncle Sam so he could bomb Adolf Hitler. There was great fear during those times that Hitler had plans to take over the US. The boys wanted to be sure that didn’t happen after hearing that he was known to take away commodities like orange juice from his people. They couldn’t imagine such cruelty as they knew one thing for sure, they loved their OJ! Leo attended Barbour Hall Military Academy during grade school and was a proud graduate of the Class of 1955 from St. Augustine High School. From there, he settled at The University of Notre Dame for college and graduated in 1959. During his time at college, Leo served in the Army National Guard until 1960. Anything he set his mind to do, he did with great pride.

While living in a local motel to get himself on his feet, Leo met DeVon Lohmeyer who would change the course of his life forever. Her aunt and uncle owned the hotel and introduced the two of them and the rest was history! Leo proposed and they eventually married on August 11, 1962. The two of them lived a beautiful life together and raised six wonderful children. It was very important to Leo that he instilled in his children the same foundation of faith he had received growing up as a Catholic. He modeled for them reciting his daily Rosary each and every night before bedtime. A strong provider, he was steadfast in giving them a solid upbringing and they never doubted his love for them.

Leo lived a very full life. His career started out as a treasurer and later vice president of Olmsted & Mullhall, a locally owned investment firm owned by the Swiat family. By 1972, when they were just starting as a young family, he was elected president of the company. Located on Crosstown Parkway, Leo continued his career there for a remarkable forty-six years before retiring in 2014. In addition to his years at the firm, Leo gave much of his time and resources to the community he loved. He was an active member of the United Way of Kalamazoo and served as chairperson of the finance division for the Greater Kalamazoo United Way Campaign. Leo also enjoyed being president of the Kalamazoo Exchange Club, an organization that provided Christmas gifts to area children in need. He remained faithful to the KRESA Foundation Board and was made Bounty Hunter Emeritus in 2019 for the American Business Club (AMBUCS). Lastly, he served proudly as a member of the Kalamazoo Rotary for many years. Anyone who knew him was sure to be familiar with the funny jokes and stories he shared at board meetings and events. He truly had a knack for engaging with a crowd and loved giving generously to organizations that mattered to him.

As much as he valued his time serving, he was especially drawn to his faith community. A longtime member of St. Martin of Tours Catholic Church, he was a choir member, lector, and co-chairman of Growth & Development. He was also Chairman of Common Ministry Council for ten years and worked with Caring Network, a program of Catholic family services for pregnant women and infants. Leo was active as the Chairman of the Diocesan Finance Committee for the Kalamazoo Diocese which aided his involvement as the St. Monica School Board President. Leo proudly served as President for the Michigan Catholic Conference for five years and was President of the Notre Dame Club in town. A highlight was being named Man of the Year by the Notre Dame Club. During his acceptance speech, Leo shared his deep convictions that if you believed the Lord would guide you along your path, all you needed to do was follow him and do the right thing along the way!

Hard to believe he had any time for rest or relaxation, but Leo kept himself going by taking good care of himself physically on the local golf courses or playing paddle ball or tennis. His most special place outside of his home or church was on the campus of his Alma mater, for a football game of his Fighting Irish! Sadly, he is gone. Leo stood by his beliefs and never wavered in his faith. May the wisdom and blessings he shared and the kindness he modeled be passed on for generations to come.

Leo fought a long hard battle with Parkinson Disease and Lewy Body Dementia. He was able to stay at home with the help of wonderful caregivers. At the end he had Raven Neal & Doug Neal, who were so devoted and caring to him. Doug was with the Swiat family for three years, and they could not have managed without him They would like to thank Doug for his care and compassion and selfless time he gave them.

While at www.amsfuneralhomes.com please take time to sign Leo’s guestbook and/or share a memory with his family. Those who wish may make contributions to St. Martin of Tours Catholic Church, Centrica Care Navigator Hospice (formerly known as Hospice Care of SWMI), and/or Wounded Warriors.

To order memorial trees or send flowers to the family in memory of Leo Albert Swiat, III, please visit our flower store.