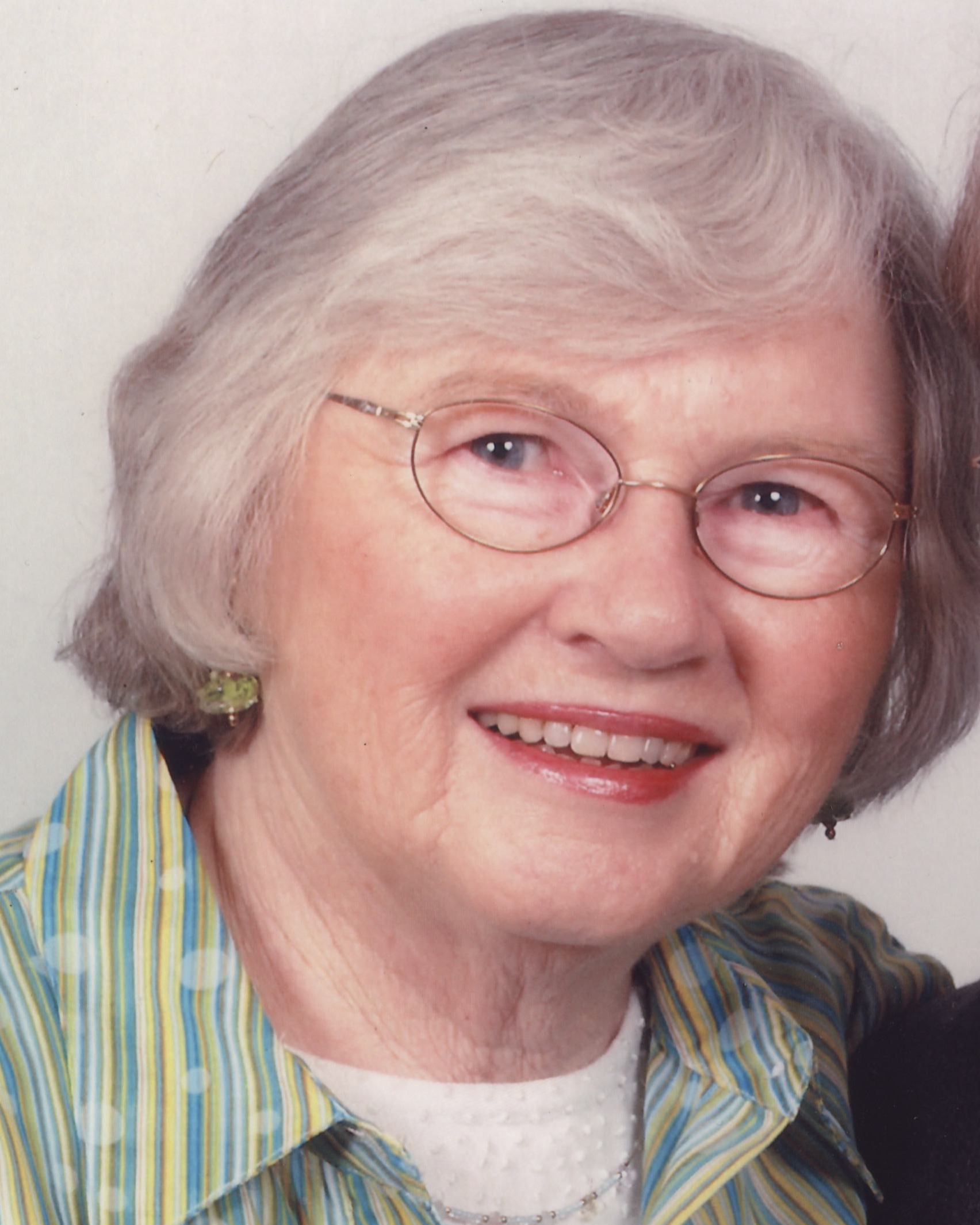 On December 17, 2022 Louise Adams’ life passed to our Lord and Savior while she was in residence and struggling with Alzheimer’s disease at Northwoods Village.  She was born September 28, 1932 in Bloomfield, Nebraska to Theodore & Mabel Lamprecht.  Growing up on a working farm, she learned about hard work and discipline.  She milked cows before she went to school and in the summer she tended the family’s sheep.  She was very active in her hometown singing in her church’s choir as well as for weddings and funerals.  She was also active in 4-H and won 1st prize in her county in sewing for the woman’s suit she entered.  She acted in school plays and was chosen to represent her county in a special Nebraska legislative training project.  In high school she took a teacher’s training course which certified her to teach in a one room school.  Upon graduation, she accepted a teaching position but stayed only one year as her goal since age 13 was to become a nurse.  She then attended Midland College for 2 years on a scholarship and followed with 3 years in a nurses’ training program at Immanuel Lutheran Hospital.  This culminated in her registered nursing title.  Upon completion of her training, she accepted a position as a public health nurse with the combined Public Health/Visiting Nurses Association in Omaha, Nebraska.

Louise’s professional and volunteer services left a positive mark wherever she lived.  She always contributed energetically to whatever organization she was associated with.  Her quiet leadership was infectious and her compassion for people and their problems was very evident.  She supplemented her professional career by completing a 6 month Public Health Certificate through the University of Minnesota and a Master’s Degree in Nursing from Wayne State University.  She also advanced her volunteer activities through courses from the Michigan Garden Council and through rose maling art courses for Norwegian folk art.  In addition, Louise directed choirs in two churches and served on a committee which tended to Lutheran students at WMU.  She was an excellent photographer and at one point volunteered to take pictures of newborn infants at Bronson Hospital.  She also served as an election official for many years.

Louise and Richard had a boy, Andrew, born March 7, 1960 and a girl, Christine, born April 30, 1963.  They moved from Omaha, Nebraska to Cheyenne, Wyoming in the 60’s where Louise worked part-time training nursing students in obstetrics from the University of Wyoming.  The family then moved to Denver, Colorado and, in the 70’s, moved to Kalamazoo where Louise went back to public health nursing eventually becoming the Nursing Director.  She took early retirement at 59 years of age and then worked part-time for the Visiting Nurses Association.  She also helped certify caregivers for the Red Cross.  Finally, she was recruited to collect data on nursing home use of drugs in Southwest Michigan for a study being conducted by UofM.

She also served as treasurer and newsletter coordinator for the local Sons of Norway organization.

Louise was a very active member of several Lutheran churches over the years.  She was a sewer and quilter all of her life and took time to travel with her husband.  They went to Iceland, Norway, Denmark, Germany and Ireland.  Travel also included trips to Argentina, Chile, Costa Rico and Panama.  They visited Canada, Northern Mexico and most of the United States in their motor home.

Louise was preceded in death by her parents (Theodore and Mabel Lamprecht), her sister and brother-in-law (Marian and Marvin Schroeder), 2 of her nephews (Dennis and Philip Schroeder), and her brother-in-law and sister-in-law (Don and Jeannine Wilson).  Those surviving include her husband (Richard), her son (Andrew Adams), her daughter and son-in-law (Christine and Lester Batts), her grandson (Jared Batts), her granddaughter and her husband (Sara and Curtis Merrick), her sister and brother-in-law (Audrey and Fred Fox), and several nephews and nieces.

Donations may be made to Hope Lutheran Church of Plainwell or Centrica Hospice Services.

Services will be held on Tuesday, December 27th at Hope Lutheran Church in Plainwell.  Visitation will begin at 10am followed by the service at 11am.  Interment will follow at West Cooper Cemetery. The service will be broadcast live on Hope Lutheran’s Facebook page.

The family wishes to thank the caregivers at Heritage Community, Northwoods Village and Centrica Hospice for their care of Louise.

The family is being served by Avink McCowen Secord Funeral Home; Plainwell Chapel (269) 685-5881

To order memorial trees or send flowers to the family in memory of Louise Anne Adams, please visit our flower store.