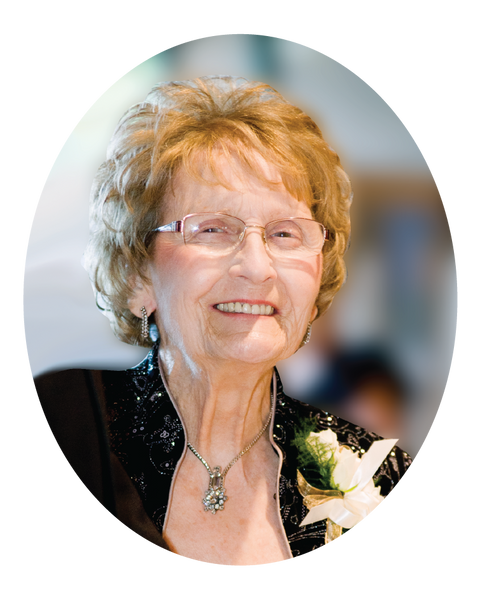 Marianne Kurdys, age 88, of Plainwell, Michigan passed away at home with family on August 15, 2022. Marianne was born in Toledo, OH, the daughter of Clifford and Gladys (McDermott)  Jeakle and has now joined David, her husband of sixty-six years, her parents, her son Joel, her brothers Clifford ‘Mick’ and Clyde ‘Pete’ and many special friends in eternal joy. She leaves behind her sisters Elaine, Gladys and Janice, her  sons Greg, Mark and Gary, their spouses Melanie, Janet and Mary Jeanne, thirteen grandchildren and seventeen great-grandchildren.

Marianne was a family-maker throughout her life and across many generations. She and Dave began their family early and had their four boys while still in their twenties and she created a nurturing, loving home place everywhere she and Dave went. Dave and Mari took their family from Toledo to England and back, to Tennessee and back and to Michigan as Dave took on new challenges in his career and Marianne took on new cultures, new foods and new schools and activities for the boys. While living in England, Mari and Dave traveled across Europe together, driving all over France, Italy and Germany, visited and vacationed with their children and grandchildren all over the USA and later in life travelled through Ireland. While living in Michigan, Marianne made close friendships within the ‘Babas’ social group of Polish-American women and their families.

Marianne joined Dave and their boys in sports and games of all kinds. She was quite proficient at archery and bowling, knew enough swimming , baseball, football and basketball to encourage and play in the yard with the boys.  Mari went on many hunting and fishing adventures with Dave and their friends and, when they were old enough, the boys. When grandchildren came along, Marianne doted on every one of those babies and as those grandbabies grew, she taught and joined them in card games, board games, songs, cooking, baking and even her secrets for removing spots from clothing.

Mari was a life long Catholic, being a member of Saint Patrick’s of Heatherdowns, Saint Mary’s in Jackson, Tennessee, Saint Anothony’s in Temperance, Saint Joseph’s in Erie, and most recently at Saint Anne’s in Gull Lake, Michigan.  She died peacefully just days after she met her namesake, Marianne, her 17th Great Grandchild, who was only three weeks old.

Friends and family are invited to attend a prayer service at Avink McCowen Secord Funeral Home 120 S Woodhams St, Plainwell, MI, 49080, on Thursday, August 18 from 5-7 PM with the Holy Rosary at 6:30 PM and a Mass of Christian Burial on Saturday August 20 at 11:00 am at the graveside at Calvary Cemetery, 2224 Dorr St in  Toledo, Ohio. Family and friends will gather after the burial at 2:30 PM for a celebration of Marianne’s life and legacy at Capers Restaurant, 2038 S Byrne Rd. in Toledo.

To order memorial trees or send flowers to the family in memory of Marianne Kurdys, please visit our flower store.
Send a Sympathy Card