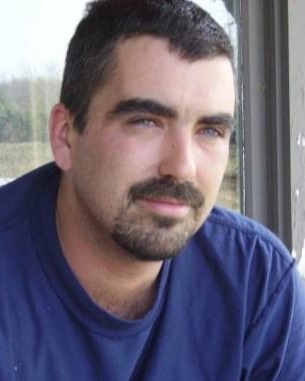 Matt worked as a Millwright for most of his professional career working mostly in nuclear power plants all over the country.  When he was not working, he enjoyed spending time working in his barn, was always there to help others, and spending time with family and friends.

Matt is survived by his parents Bonnie Frisinger (Hendricks) and Bradley Frisinger; his older brother Jason Hammer; his younger sister Bobbi Coppock (Tom Coppock); and his son Mason Nicholas-Hammer and his nieces and nephews.  He is preceded in death by his father Donald Hammer and his grandparents.

While visiting Matt’s webpage at www.amsfuneralhomes.com please sign the guestbook by lighting a candle, and/or sharing a memory with the family.

To order memorial trees or send flowers to the family in memory of Matthew Lee Hammer, please visit our flower store.