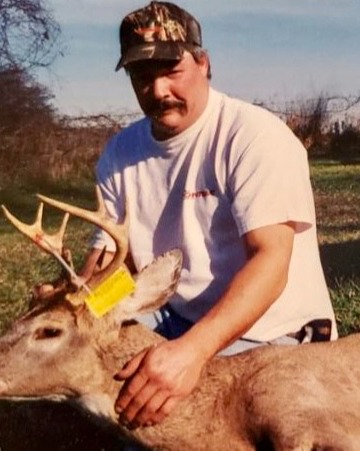 Michael (Mike) McComis passed away peacefully at his home, Friday November 25th 2022, with his wife Sara, their daughter and her husband, his grandkids and his dog Molly, by his side.

Mike was a lifelong Plainwell resident. He graduated from Plainwell High School in 1976. He was successful in many trades but settled into a career of manufacturing maintenance at Aunt Millies, retiring in 2020.

His true passion was being outdoors. A few of his favorite places were deer camp, the pole barn and the cabin in Mancelona. Every year he looked forward to family trips to the cabin with his brother Pat, Pat's wife Julie and his nieces and nephews.

In his free time he would always welcome friends into his barn where he enjoyed working on cars, watching Nascar and football, gunsmithing or having a few beers. Mike was an avid hunter and  loved shooting guns. He always enjoyed when his friends and family would bring guns over for some target practice.

However, Mike's greatest joy came from being with his grandchildren, Kacie, Kaden, Noelyn and Reagan. He loved any and all the time he had with them but especially gardening, riding the Ranger and going out to breakfast.

He is preceded in death by both of his parents, Curtis and Shirley (Mills) McComis, infant sister Julie and his two very best friends, Danny Dalrymple and Rick Lynch.

In honor of Mike any donations can be made in his name to the NRA (National Rifle Association).

To order memorial trees or send flowers to the family in memory of Michael "Mike" C. McComis, please visit our flower store.