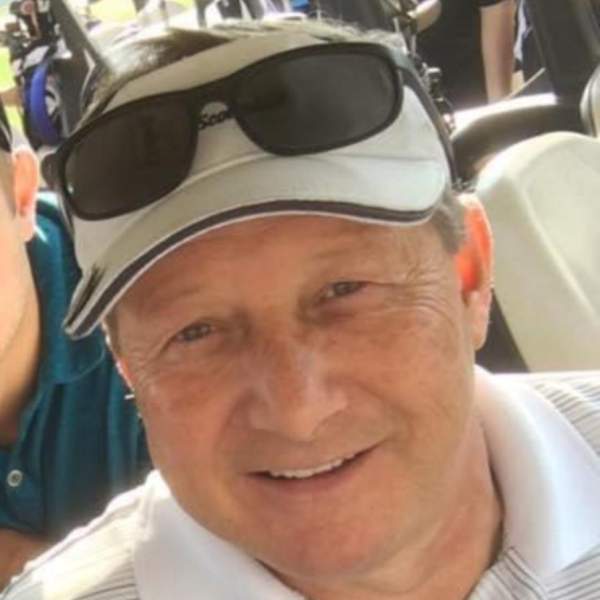 Pat Mizer was a deeply kind and compassionate person. Genuine as well as generous, he was quick to share his time and resources with anyone in need. He loved people and always looked for ways to encourage others and support the family he loved. His witty humor brought lightness, joy, and laughter to every gathering. Deeply loved, Pat will be forever missed by his many friends and loved ones. His story began in the year 1959. Alaska and Hawaii joined the Union as our 49th and 50th States, the first Chevy El Caminos rolled off the assembly line, and Bonanza made its television debut! During this exciting time, Roy and Jane Mizer were pleased to announce the arrival of their ninth child of ten, Patrick James, on November 23rd, in Alma, Michigan. His birth brought his parents great joy and happiness. Growing up in Breckenridge, a small farming village in Gratiot County, Pat lived a typical childhood of the times. His father enjoyed farming before developing his skills as a carpenter and later retiring from the City of St. Louis Public Works. His mother was a wonderful homemaker, who despite her best efforts, accidentally celebrated Pat’s birthday a day late for many years, only because it was hard to keep track of ten children’s birthdays! As a family, they were exceptionally close and spent a lot of time together camping, barbecuing, and eating homemade sugar pie. Pat was always active and on the go. He enjoyed riding his bike, playing football, and finding his fair share of mischief with his schoolmates, many of whom became lifelong friends. A nature lover at an early age, he also spent time hunting, fishing, and trapping muskrats during his growing years. As a young adolescent, Pat worked on area farms and at the local grocery store. The extra money supported his love of fast cars and motorcycles! He graduated with the Class of 1977 from Breckenridge High School where he lettered in football. After graduation, Pat started work at a pallet factory. He also did handyman work and laid carpets until in 1981 he moved to Houston after landing a long-term position with StorageTek, a data storage technology company. Dedicated to his work, Pat serviced and repaired mainframe computers and industrial printers for a remarkable forty years! Pat’s lifelong relationship with his high school sweetheart, Kelli Secord, grew into the center of a loving and welcoming family. They met during her physical education class when Pat hit her with a volleyball, and the rest was history! They married in 1980 in Wheeler, Michigan and began their life together. Loving parents, they raised three wonderful children; Nick, Kari, and Kyle. Although Pat’s work required him to travel, even moving his family for a short time out to Colorado, he always made time for his family. They made many lasting memories hunting, camping, and ice fishing over the years. Actively involved as a father, he helped out with Little League, scouting, or just sharing an enormous bowl of cereal while watching cartoons and playing video games together! His children never doubted his love and pride for each and every one of them. A man of many interests, there was never a dull moment with Pat around. His favorite activities were golfing, hunting, fishing, and camping. His heart was most content spending time outdoors with his family. His meticulous dedication to leaving things better than he found them came through in his vegetable garden and well-maintained lawn. For relaxation, he enjoyed cooking and spending time in the kitchen. He was never afraid to try new ingredients and rarely followed a recipe, instead using “a little bit of this and a little bit of that”. After his children started their own families, he supported them in many ways, including countless home improvement projects. He enjoyed teaching them the tools of the trade from his early years and felt a great sense of satisfaction working alongside them over the years. His competitive side showed through whenever they were playing cards or enjoying board games together. All in all, his greatest joy was being with his family wherever that might be. Pat lived his life to the fullest, never taking a moment for granted. He had a special way of making people feel loved and valued. He modeled for his family the ability to accept others and find goodness in people. His strong work ethic and good natured personality made him a pleasure to be around. May his friends and family always treasure the many memories they shared together and may those moments live on in their hearts for generations to come. Patrick James Mizer, 61, of Belleville, Michigan passed to his eternal home on Tuesday, June 29, 2021 after a brief battle with cancer. He was preceded in death by his parents, Roy and Jane; and his sister, Kathy. Left to cherish his memory are his wife, Kelli; 3 children, Nicholas (Shawna) Mizer, Kari (Brian) Onishi, and Kyle (Ally) Mizer; his 7 grandchildren, Evelyn, Ariana, Abigail, Liliana, Audrey, Madeleine, and Theo, with another granddaughter on the way; 8 siblings, Jeanette, Margaret, Diane, Linda, Mike, Karen, Bonnie, and Jeff; and 33 nieces and nephews. A memorial service will be held on Thursday, July 8 at 12:00 PM at Avink Funeral Home: 5975 Lover's Lane, Portage MI 49002. An 11:00 visitation will precede the service and a luncheon will follow at the same location. In lieu of flowers, please reach out to a loved one and perform a random act of kindness in Pat’s honor.
To order memorial trees or send flowers to the family in memory of Patrick "Pat" Mizer, please visit our flower store.