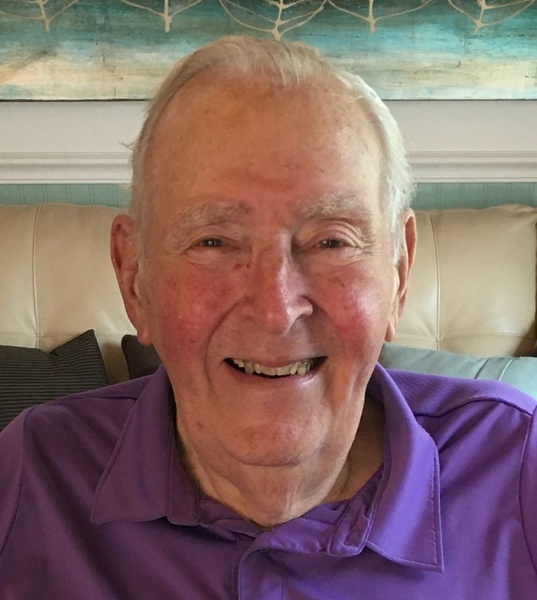 He graduated from Shelby High School in 1957. Following graduation he married his high school sweetheart: Marlene Riggs on August 29, 1959 at the Congregational Church of Shelby. After getting married the two moved to Portage, MI while Patrick attended Western Michigan University. Together they welcomed their two children: Tammy and Tim into their lives. He received his CLU degree in 1976 and worked as an independent insurance underwriter for sixty-one years. He served as the Pavilion Township Supervisor for thirty-six years and served as the Michigan Townships Association President in 2002.

In 1986 Pat accepted Jesus Christ as his Lord and Savior, he was a member of Valley Family Church for the last fifteen years until he was no longer able to attend because of his failing health.

Pat will be fondly remembered for being the life of the party and his jokes and humor. He enjoyed taking his wife to Maui, having been ten times including taking his entire family on New Years for 2000 at the turn of the century.

He is preceded in his passing by his parents, brother: Lane and sister: Linda.

In accordance with Pat’s wishes cremation has taken place and a memorial service will be held on Thursday, April 14, 2022 at Avink, McCowen & Secord, 5975 Lovers Lane, Portage, MI 49002, with a brief period of visiting starting at 2:00 p.m. until the time of service at 2:30 p.m. with Pastors Norman and Morgan Gutierrez officiating. There will be a time for food and fellowship until 5:00 p.m. following the service.

Memorials made in Pat’s memory may be directed to St. Jude’s Children’s Hospital and Centrica Care Navigators. Envelopes will be available at the funeral home.

While at www.amsfuneralhomes.com please take time to sign Patrick’s guestbook and/or share a memory with his family.

To order memorial trees or send flowers to the family in memory of Patrick Lee White, please visit our flower store.